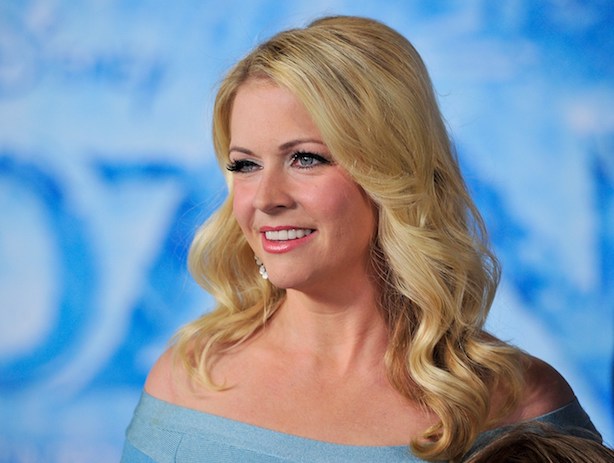 Actress Melissa Joan Hart is being accused of antisemitism for telling her 6-year-old son that only people who believe in Jesus are “good”:

Hart, known for her starring role in “Sabrina the Teenage Witch,” discussed her religious observance on the “Journeys of Faith with Paula Faris” podcast last week.

Her son made friends with a Jewish boy on the school bus and asked his mother: ‘If you’re Jewish, how do you get to heaven?’

Hart said the Jewish boy’s mother called her after their sons started discussing religion and they had “chats” about their son’s religious questions until they were in the sixth grade. The actress said the conversations became “a little more heated” and led to “some problems.”

Hart said she told her son the importance of “respecting each other’s beliefs and listening to each other.”

She was pilloried on social media for her remarks, and for using an instance with a Jewish child as the example in the interview.

“Holy crap that’s some casually dropped antisemitism in a completely mainstream fluff piece … this is fairly terrifying and just gross,” one tweet read.

Another said: “I found her questioning of Jews & their beliefs/character to be quite offensive. It’s antisemitic & worse she’s raising her kids to be antisemitic. Didn’t the Pittsburgh temple massacre teach anyone anything?”

If this heart-warming story teaches us anything, it’s that it’s becoming increasingly impossible to be a sincere Christian without being accused of being an antisemite.  In fact, if you call yourself a Christian and you haven’t ever been accused of being an antisemite, chances are you’re not really taking the words of Christ very seriously.  The Jews consider the New Testament to be so antisemitic that they want to censor many of the disparaging remarks the Christ made about them.

But let’s face it, Melissa Joan Hart’s Christian views might be considered very liberal and accommodating vis a vis the Jews.  She does seem to believe that Jews who believe in Jesus can go to heaven.  If we learned anything from the Inquisition, it would be that that’s not necessarily true either.  In fact, the Catholic Church no longer claims that Jews must convert to be saved; that somehow the Jews now have a separate path of redemption.  Perhaps it’s time for Christians to forget about magically turning Jews into Christians with some “holy” water and focus on something that’s even within the realm of possibility.