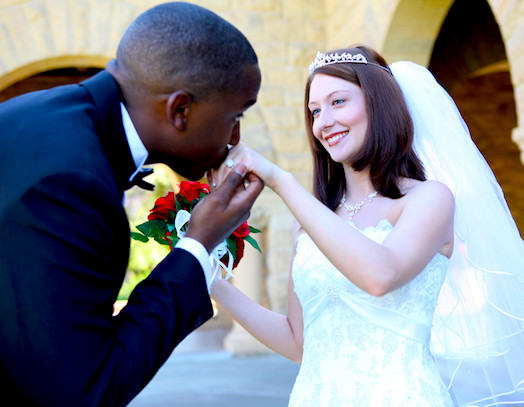 After the mayor of Hoschton, Georgia allegedly refused to hire a candidate because he was Black, a councilman defended her by stating that his Christian faith prohibited race mixing:

According to the Atlanta Journal-Constitution, Mayor Theresa Kenerly told a member of the City Council she pulled the resume of Keith Henry from a list of four finalists “because he is black, and the city isn’t ready for this.” City Councilwoman Hope Weeks confirmed that Kenerly made the statement.

According to the 1964 Civil Rights Act, it’s illegal to discriminate on the basis of race and sex.

Hoschton, Georgia is a nearly all-white city 50 miles north of Atlanta. In a statement, Kenerly denied the claim by saying, “I do not recall making the statement attributed to me regarding any applicant for the City Administrator position, and I deny that I made any statement that suggests (sic) prejudice.”

However, she was defended by another White politician who claimed that race mixing goes against Christianity.

“I’m a Christian and my Christian beliefs are you don’t do interracial marriage,” Councilman Jim Cleveland told the Atlanta Journal-Constitution.“That’s the way I was brought up and that’s the way I believe.”

“I have black friends, I hired black people,” Cleveland continued. “But when it comes to all this stuff you see on TV, when you see Blacks and Whites together, it makes my blood boil because that’s just not the way a Christian is supposed to live.”

Kenerly has yet to reveal if she plans to resign as mayor.

Unlike most Christians today, Jim Cleveland has not only read his Bible but also seems to understand it.  The first law given in the Bible is “kind after kind,” and there are numerous examples throughout the Scriptures, such as Ezra 9, where race mixing, often referred to as ‘fornication’ and ‘adultery’ depending on the context, is roundly condemned.  Ezra not only divorces his non-Israelite wife, he also renounces the mixed-race ‘bastard’ children from that marriage.

Well-meaning universalist Christians will try to claim that Whites and Blacks are the “same kind”, but there are no examples in the entire Bible where a race mixed couple is celebrated rather than condemned.  The New Testament begins with the genealogy of Christ to demonstrate that he was pure and unblemished in his family lineage.  And since Christ sets the example for all Christians to follow, we would be hypocrites to claim that race mixing is acceptable for us when it’s completely unacceptable to God.  Perhaps that’s why almost every t.v. show and advertisement today promotes race mixing.