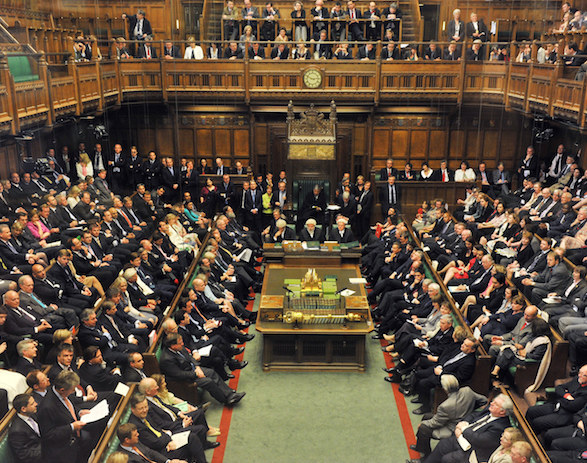 Crispin Blunt, a homosexual with a history of illicit drug use and who pretends to be a ‘conservative’, is calling to ban the 500 year tradition of saying a prayer to open sessions of Parliament:

Conservative MP Crispin Blunt is calling for the practice of saying prayers at the beginning of parliamentary business in the House of Commons and House of Lords to be abolished.

He’s put down an Early Day Motion claiming that parliamentary prayers are “not compatible with a society which respects the principle of freedom of and from religion”.

The practice is believed to have started in 1558.

In the Commons, the speaker’s chaplain normally reads the prayers. The main prayer asks for God’s guidance that MPs “never lead the nation wrongly through love of power, desire to please, or unworthy ideals”.

In the House of Lords, one of the Church of England bishops takes a lead.

There have been numerous calls for a rethink to the prayers over the years.

This latest call comes with the backing of four other MPs and the National Secular Society (NSS).

NSS chief executive Stephen Evans said: “Religious worship is for individuals who choose it – not for nations or legislative bodies.

“Members of parliament are of course free to pray in their own time, but institutionalised prayer doesn’t belong in the legislative process. Parliament should reflect the country as it is today.

“Ending this anachronism would be tangible example of the reform needed in the house and represent a positive step forwards for modernity, equality and freedom of conscience.”

An early day motion is a formal proposal calling for a parliamentary debate on an issue at the earliest opportunity, but rarely does it achieve that.

Given their degenerate lifestyle, it’s no surprise to find another homosexual demand his right of “freedom of conscience” which really means freedom “from” conscience, or freedom from all moral judgment and shame.  Homosexuals live in active rebellion of all moral order, and in order to assuage their guilt and shame, they engage in virtue signaling by claiming a higher moral good that their rebellion personifies.

The jewish oligarchs achieve political control over society by encouraging all sorts of moral degeneracy masquerading as “freedom”.  Society is brainwashed into believing that personal freedom is the highest “good” for all, and that anyone who opposes this “freedom” is a “fascist”.  But instead the promised “freedom” we become enslaved to our passions.  And by refusing to be ruled by a Christian order, we are destined to be ruled over by Jews.