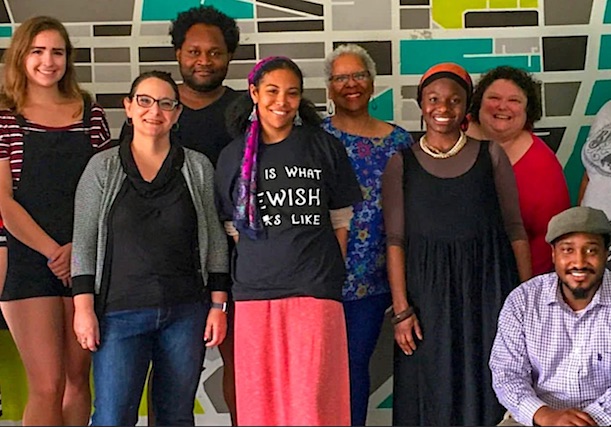 (Forward) The publication of a recent study about how to count American Jews of color has spurred a passionate outcry in the latest flare-up of longstanding tension around the subject of how to count Jews of color, and discrimination in the Jewish community against them:

On May 17, eJewish Philanthropy, a web-based publication serving Jewish non-profits and donors, published the article, which put the proportion of Jews of color in the United States at about 6% of 7 million, or 420,000.

That piece, by Arnold Dashefsky of the University of Connecticut and Ira Sheskin of the University of Miami, contested the 12% to 15% estimate posited by another study by four researchers, from Stanford and San Francisco universities. The Forward republished the eJewish Philanthropy article the next day.

The scholarly debate set off a furor that included accusations of racism, the dissemination of a petition, internicine online debate and an apology from the publisher of the piece.

“Are you kidding me?” commented Des in response to Dashefsky and Sheskin on May 18 at 8:18 a.m. “Seriously? We’re out here leaving the community on mass because everyone is so damn racist, and then you publish this.”

The professors had their defenders, however: “Thank you for this thoughtful and illuminating look at Jewish demographics. Unlike many of the commentators, I wish to publicly state that I stand with accurate data — period,” wrote Neil Loevinger on May 19 at 11:35 pm.

On a scholarly level, the dispute boils down to which national research outfit the two camps consider the most reliable. The academics who claim Jews of color are at least 12% of the population cite work by the American Jewish Population Project, out of Brandeis University, as the most rigorous. The American Jewish Population Project puts the number of Jews of color at 11.2% of the total. They also use studies of New York and the Bay Area to support their claims. The Jews of Color Field Building Initiative commissioned the paper with the 12% number, led by Stanford University professor Ari Y. Kelman.

Sheskin and Dashefsky discount the New York and San Francisco-area research because those parts of the country have disproportionately high populations of Jews of color, and they also hold a different operation as their gold standard — the Pew Research Institute.

It’s Pew that put forward the 6% number in its landmark 2013 study of American Jewry. Even if the 2013 data is somewhat old, they said, the population of Jews of color couldn’t have doubled, although it may have risen by as much as 1%.

The controversy around the scholarship was not only about numbers and methodology, however. Jews of color have reported repeated incidents of discrimination in the Jewish world, where they longed to feel safest.

The publication of the Dashefsky and Sheskin article reopened those wounds, said the petition. “The fact that Jews of Color experience racism consistently in Jewish spaces demonstrates the urgent need for diversity, equity, inclusion, and justice work,” it says.

“It is appalling that the authors chose to publish their article at all, but especially during such an uncertain, devastating period such as the one we’re enduring now. Sadly, their words reflect the stark reality that racism does indeed exist here, in our Jewish community,” Jacobs wrote on eJewish Philanthropy, along with coauthor Chris Harrison.

In some cases, supporters of Jews of color turned on each other….

Indeed, the editor of eJewish Philanthropy, Dan Brown, has apologized for running the article, saying he never would have done so had he known it would hurt anyone’s feelings.

Sheskin and Dashefsky denied that they are racist. From their perspective, quantifying Jews of color at 6% of the population is tantamount to characterizing them as a very important group — three times as big, they noted, as the population of Jews in the general U.S. population.

These studies, of course, ignore the fact that all Jews are “people of color”, including the so-called “white Jews”.

And because so many Jews are marrying White “gentiles”, the Jewish elite is actually getting “whiter”.

The white-looking Jews just happen to have a greater portion of white admixture in their genetic makeup, just like the Brahmin upper class in India.

The difference is, though, that white-looking Jews can “pass” as White and infiltrate and subvert the truly White elite in western nations, while Jews “of color” do not have that privilege.

Jewish power comes from the ability to pass as White, and all Jews “of color” are clearly jealous of the white-looking Jews who can pass.

We see this racial caste system in virtually every society — not just India, but all of Latin America, and even in Arab countries where the elite tend to be lighter skin.

And it’s only natural that the white-looking Jews want to protect their “white privilege” and not share in their power with Jews “of color”.

Ironically, all of these Jews, of every color of the rainbow, have one thing in common: they all want to be as White as possible, even if they have to go to plastic surgeons to accomplish it — yet they also recoil at the idea that they are “White”.

And they all know that the white-looking Jews at the top of the pyramid are rich and powerful — and they all want a piece of that pie.

If being a real “White supremacist” is so bad, why does every Jew want to be one? 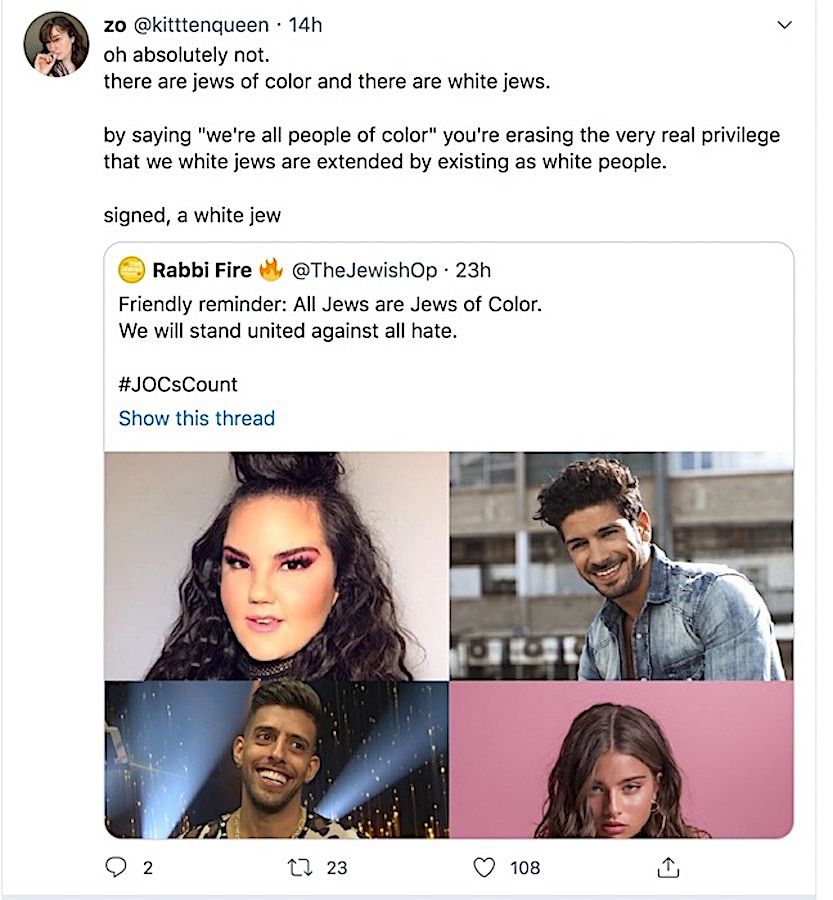