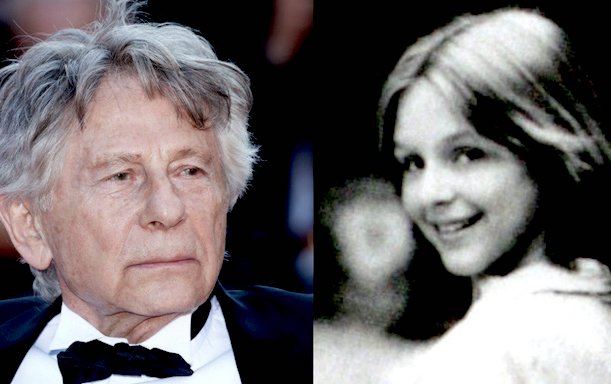 Roman Polanski, the convicted rapist and pedophile, who was recently in Venice to promote his new film, lashed out at his accusers, casting a shadow over the star-studded celebration of cinema:

Polanski’s “An Officer and a Spy”, a historical thriller about the persecution of the French Jewish army officer Alfred Dreyfus, has been a lightning rod for criticism of the film festival, already embroiled in a second year of controversy over the place of female film-makers.

The 86-year-old, who was convicted for the statutory rape of a 13-year-old in 1978, is not due to appear at the festival.

Venice organizers have been forced to defend the decision to include “An Officer and a Spy” among the 21 movies selected to compete for the top prize. Only two films in the running are directed by women…

“This is a new world and behavior that would have been swept under the carpet and dismissed as ‘this is just the way it is’ is no longer acceptable,” Melissa Silverstein, founder of Women and Hollywood, told AFP.

Polanski on Thursday responded via an interview with French writer Pascal Bruckner in which he dismissed new abuse claims against him.

He said these were “absurd stories by women I have never seen before in my life who accuse me of things which supposedly happened more than half a century ago.”

In the interview, contained in a press pack released to accompany his film, the director was asked by Bruckner if “as a Jew” he will “survive the present-day neo-feminist McCarthyism.”

The director draws a parallel with his film, which traces the history of the late 19th century Dreyfus Affair — the wrongful conviction of a Jewish officer against a backdrop of virulent anti-Semitism.

“In the story, I sometimes find moments I have experienced myself, I can see the same determination to deny the facts and condemn me for things I have not done. Most of the people who harass me do not know me and know nothing about the case,” Polanski said.

Just to clarify, Polanski was charged not merely with having sexual relations with an underage girl, he allegedly drugged a 13 year old child and anally raped her while she was unconscious.  He should have spent 30 years in prison in America and been subjected to the same treatment, but instead escaped to Europe where powerful Jews not only protected him from extradition but also continued to allow him to make films and live the lavish life of a celebrated director.

His last two major films have been about two jewish hobby horses — the Holocaust and antisemtism — probably as payback to the powerful Jews who have protected him all these years.  And now he conveniently identifies with “persecuted” jewish spy Alfred Dreyfus.

As is the case with Leo Frank, the Jews are obsessed with exonerating Dreyfus, and have proclaimed his “innocence” because some of the investigators were allegedly “antisemitic”.  Jews, unfortunately, have a long, sordid history of being caught spying, and Dreyfus was no different.