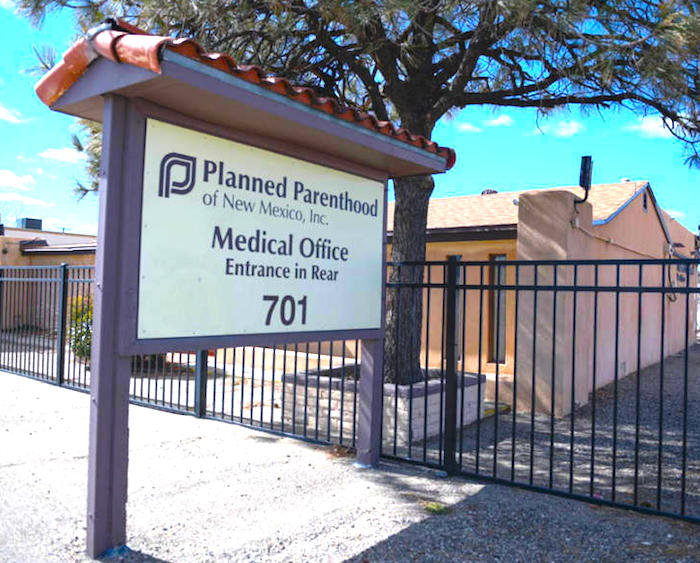 Using the last of their financial resources, an Idaho couple traveled more than 700 miles to Albuquerque in February 2016 to terminate a pregnancy that they say they could not afford, but the medication provided to induce the abortion ultimately failed, and unable to pay for a follow-up procedure, the two now want Planned Parenthood and others to shoulder the cost of raising “an additional unplanned child”:

According to a lawsuit filed last week, Bianca Coons was about six weeks pregnant when she and her partner, Cristobal Ruiz, made the trip to avoid Idaho’s mandatory waiting period, which would “result in the baby being much more advanced in development.”

The family of four was “destitute and attempting to maintain and limit the size of their family.”

A medication abortion, also known as the abortion pill, uses two different medications to terminate a pregnancy in its early stages, according to Planned Parenthood’s website. The procedure causes an abortion in 94 to 98 out of 100 cases when a woman is eight or fewer weeks pregnant, according to the organization. The abortion medication can be used in the first 10 weeks of pregnancy.

The lawsuit says Coons took the first medication at the Planned Parenthood clinic on San Mateo and was given instructions to take the second later.

The family returned to Boise, and the next day, Coons went to an emergency room with severe nausea. She was treated for dehydration and learned that her baby was fine and had a strong heartbeat.

A doctor there contacted Planned Parenthood and was told that Coons should take the next round of medication, which her attorney, John McCall, said she did. McCall declined to comment further on the lawsuit.

Days later, Coons spoke with Planned Parenthood staff who told her she should take a blood test to determine whether the medication worked. During that conversation, according to the lawsuit, Coons said she would like to have a second medication abortion if she was still pregnant.

The staff member told her she could receive a second procedure free of charge if she returned to New Mexico or she could visit a clinic in Idaho where she would have to pay for additional procedures, the lawsuit says.

By early March, a still-pregnant Coons told a Planned Parenthood staff member that she could not afford “a second round of the abortion protocol.”

The lawsuit also says, “The fetus had now developed to somewhere around nine weeks. Ms. Coons could not morally sanction further action to terminate the fetus.”

…“The defendant’s failure to properly supervise and administer the abortion service directly resulted in the failure of the pregnancy termination which resulted in injury to plaintiffs’ interests in family planning and their interests in financial planning for the future of their family,” the lawsuit says.

In addition to $765,000 in compensatory damages, the couple are seeking damages for breach of contract, unfair trade practices, violation of consumer protection laws and emotional distress, among other claims.

Welcome to the New America where you blame others for your own moral failings — and sue others because you are forced to be responsible for those moral failings.

This kind of twisted lawsuit was inevitable — after all, abortion providers have always promised women to reproductive “freedom,” which basically means that they are free to engage in sex without any consequences, and an abortion will free up financial resources that can be better spent on a new pair of shoes rather than on a child.

And we were told that abortion was legalized so that “botched” abortions would be a thing of the past.

In reality, abortions are dangerous — even when performed by licensed doctors — and women in America die every year due to complications resulting from different kinds of abortions.

And Planned Parenthood must be aware that these procedures are not fool-proof, and they must make their clients aware of the risks prior to any procedure.