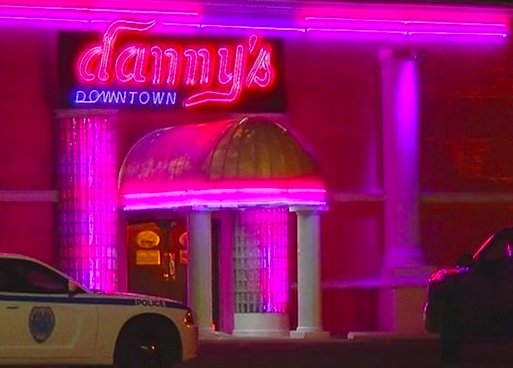 Five black strippers have been awarded $3.3 million in damages by a Mississippi jury after a federal judge established the conditions in which they were working were much worse than those of their white colleagues:

The suit, which was filed by the U.S. Equal Employment Opportunity Commission on behalf of the strippers claimed Danny’s Downtown Cabaret, a nightclub in Jackson, Mississippi for years subjected the dancers to various unfavorable and discriminatory working conditions including reducing their number of shifts in preference to having white dancers and hurling racial slurs at them.

Additionally, Danny’s and its predecessor, Baby O’s Restaurant forced the strippers to work at another related club, Black Diamonds, which had deplorable working conditions and paid them way less than Danny’s. Though it was illegal for them to work there, dancers who defied orders were fined, sent home and barred from working at Danny’s, a statement by the EEOC further read.

This isn’t the first time the EEOC has sued Danny’s. The Associated Press reports that they were sued some years ago for limiting the working hours of black women and fining them $25 if they did not show up to work. The white strippers, on the other hand, had flexible working schedules and were not fined if they missed work.

The latest verdict, according to the EEOC will see the dancers receive $1.5 million in punitive damages, $1.68 million in compensatory damages, and $130,550 in back pay.

Bill Walter, the attorney for Danny’s Downtown Cabaret on Friday, however, said he will ask the judge to reduce the award with an intention to appeal if it’s unsuccessful.

No doubt, this rather generous Mississippi jury was virtually all Black, which made the verdict a foregone conclusion.  That these strippers knowingly broke the law by working at this club should have been grounds for this frivolous lawsuit to be thrown out, but it seems that such a legal nuance was over the heads of the jury and defense team.  But then again, discrimination lawsuits are one of the best ways for racial egalitarians to artificially create upward mobility in the Black communities in America.

Upwards of 40% of the Black middle class in America is employed in some government or government-related job, and the vast majority of those jobs were filled through mandatory affirmative action hiring, a fact that one would think would be embarrassing to anyone with a modicum of pride.  Another 40% of Blacks receive government assistance of one kind or another, so between the two, 80% of the Black population is dependent on the government for survival, another fact that any self-respecting people would find humiliating, that is, unless they can blame it all on White middle class taxpayers who foot the bill.