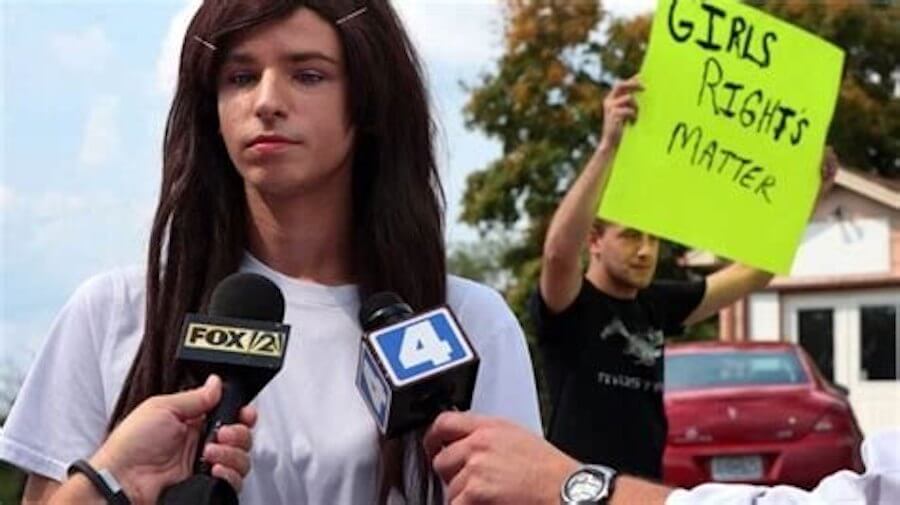 Unfortunately for White children, public school systems continue to be the arena for political correctness to implement it’s perverted agenda:

A federal judge in Portland has ruled that allowing a transgender high school student in a small Oregon school district to use the boys’ locker room and restrooms doesn’t violate the privacy rights of other students who object to sharing the spaces.

U.S. District Judge Marco Hernandez on Tuesday threw out a lawsuit filed by Parents for Privacy against the Dallas School District. Hernandez said transgender students have a right to use restrooms and locker rooms that correspond with their gender identity.

And if the parents of other students — some of them devout Christians — don’t like that, they’re free to pull their children from the school, the judge said.

“It is within (their) right to remove their children from Dallas High School if they disapprove of transgender student access to facilities,” Hernandez wrote in a 56-page opinion. Dallas is 15 miles west of Salem.

The judge said the right of transgender students to be free of discrimination in school is outlined in Oregon law.

Mentally ill transgendered children have the constitutional right not to be offended or have their feelings hurt, but Christians are not extended those same rights.

There is no such thing as discrimination against White Christians, and there never will be. No degeneracy promoted by the deranged Left could possibly offend anyone except a reactionary bigot and “hater”.

Liberals will force Christians to take their children out of public schools, and then they will pass draconian laws to make it impossible for Christians to home school their own children.

Meanwhile, transgendered children are praised for their courageous “moral stance.”