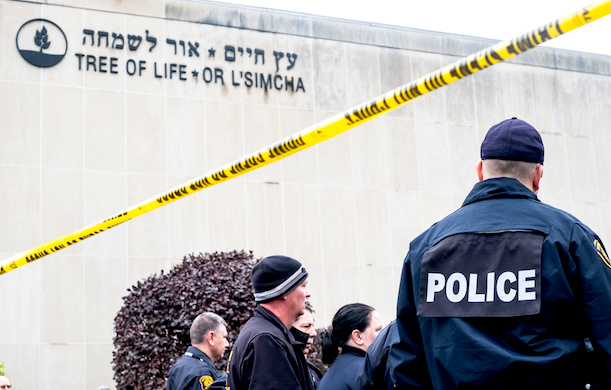 A Pennsylvania judge struck down ordinances placing restrictions on some firearms passed by the Pittsburgh City Council in the wake of the attack on the Tree of Life synagogue building that left 11 dead:

Allegheny County Judge Joseph James ruled on Tuesday that the gun ordinances violate a Pennsylvania state law that prohibits individual municipalities from regulating the ownership or possession of guns or ammunition.

Pittsburgh Mayor William Peduto said that the city would appeal the ruling. The city is being represented pro-bono by attorneys from Everytown for Gun Safety, an organization that advocates against gun violence, the Pittsburgh Tribune-Review reported.

The ordinances passed in April and signed by the mayor ban possession and use of certain semiautomatic weapons, including assault rifles. The Tree of Life gunman used an AR-15 assault-style rifle in the October 2018 attack on the synagogue that killed 11 worshippers on a Shabbat morning.

The ordinances also ban ammunition and accessories, such as large capacity magazines, and allow courts to temporarily remove guns from a person deemed to be a public threat. A companion bill passed by the council directed additional funding to city anti-violence programs.

City residents who own guns and accessories outlined in the bills would be grandfathered. Violators of the laws could be fined $1,000, or face up to 90 days in prison, for each offense.

This article conveniently omits the fact that the anti-gun advocacy group, Everytown For Gun Safety, which tried to push through this unconstitutional legislation, is largely funded by jewish gun-grabbing billionaire, Michael Bloomberg.

As we previously reported, when the Mayor of Pittsburgh sponsored these draconian gun laws as a favor to the jewish community after the synagogue shooting, many in Pennsylvania called for his resignation.

Of course, the Jews of Pittsburgh have no problem accepting Federal grant money to hire armed guards at their synagogues.  Jews fully approve of automatic weapons for self-defense, but only if they are used to protect Jews.

But Mayor Peduto has made the revealing admission that gun control is an essential part of the battle to “fight antisemitism”.   News flash to all gun-grabbing Jews: unconstitutional gun confiscation will generate antisemitism.