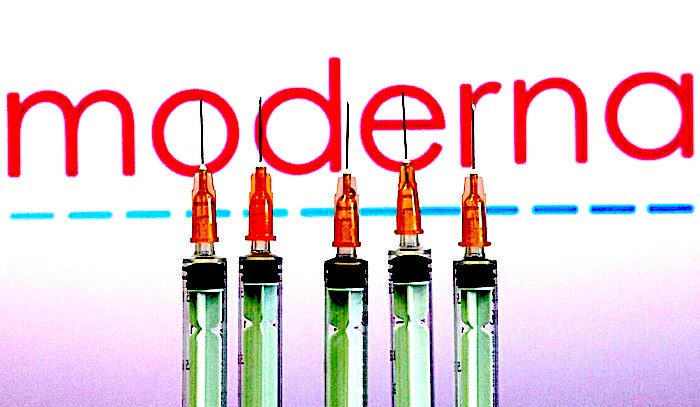 Israel’s Ministry of Health has signed an agreement with pharmaceutical giant Moderna to triple the number of vaccines it will purchase from the company in 2021 from 2 million to 6 million doses, according to a joint statement by the ministry and the Prime Minister’s Office:

Six million doses will be sufficient to inoculate 3 million citizens, according to the statement.

Israel had previously pre-ordered doses of both the Pfizer and Moderna vaccines currently in clinical trials in the United States, pending their approval by health regulators. The country is also developing its own vaccine, called BriLife, which began clinical trials on Nov. 1.

Israeli Prime Minister Benjamin Netanyahu said that the new Moderna deal was cause for hope though warned that it wasn’t time to celebrate just yet.

“I am pleased to announce that today we signed with Moderna for the supply of 6 million vaccines for you, citizens of Israel. This is triple the number of vaccines in the original contract with Moderna.  This gives us hope.  We see the light at the end of the tunnel,” he said.

He emphasized, however, that the pandemic was not over yet, and that the public needed to maintain discipline.

Health Minister Yuli Edelstein called the deal “wonderful news for the citizens and economy of Israel.”

“There will be no citizen who wants to be vaccinated whom we will be unable to provide with a vaccine,” he said.

Echoing Netanyahu’s words, Edelstein added that while “the professional teams have begun expedited work on the allocation of the vaccines,” it would take “several months” to vaccinate everyone, and until then, “we must all strictly adhere to the directives and not become complacent.”

The population of Israel is over 9 million — with nearly 7 million Jews — so this order of 6 million isn’t nearly enough to vaccinate just all the Jews, which would take 14 million doses, but then again 14 million doesn’t have the same “ring” as 6 million to Jews wordwide.

Imagine the headlines, “Millions Of Jews Who Survived The Holocaust Only To Be Killed By COVID Vaccine”

Perhaps this 6 Million announcement is a Judeo-Masonic dog whistle to their brethren worldwide that the “fix” is in — if Israel is willing to vaccinate it’s sacred Jews with the Moderna vaccine, then it must be safe, goyim.

Recall that at the beginning of this fake pandemic, Israeli drug giant, Teva, announced that it was giving away 6 Million doses of hydroxychloroquine for free — out of the kindness of their hearts.

It’s just a coincidence that the chief scientist at Moderna overseeing this vaccines is Dr. Tal Zaks , a former medic with the Israeli Defense Force — nothing to see here, folks.

This reeks of the same publicity stunt as having all the ex-U.S. Presidents getting vaccinated on television to reassure the rightfully suspicious public that all is well.

We all know that a Jewish fingernail paring is more sacred than any “gentile” — which is why Israeli Jews will not be receiving this dangerous Moderna vaccine — that is a non-starter.

So all the Israelis can receive their placebo vaccines — and then they can just change lower the cycling threshold of the PCR tests so that they all come back negative after mass vaccination — then they announce the vaccines are a success — and that Israel is COVID free.

The rest of the world will marvel at the success of the Israels — rush off the get their Moderna vaccines — and then the great die-off from “COVID-20” begins.