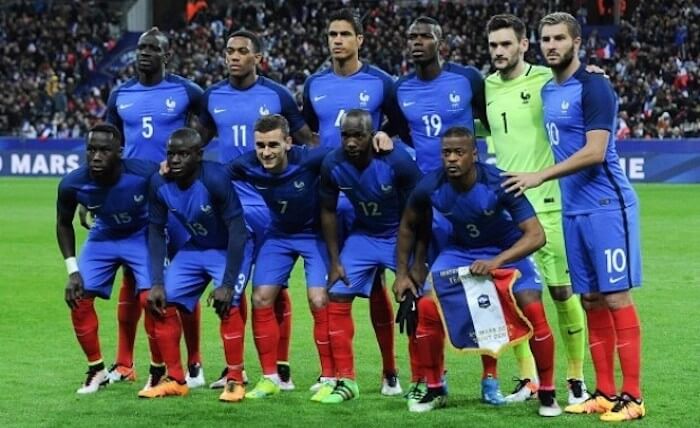 Croatia has made it to the World Cup finals taking place on July 15 in Moscow, where they will be up against France – a majority African team. That people are noticing the racial makeup of the “French” team is creating a “scandal” in the media:

In a Facebook post, former Croatia manager Igor Stimac wonders if anyone knows “who exactly are we playing against in the finals” and lists 13 footballers from the French squad, pointing to their African descent.

This adds to a string of scandals surrounding Team Croatia throughout the championship: after defeating Russia, Croatian defender Domagoj Vida was filmed yelling “Glory to Ukraine!” – an expression that was widely used by anti-Russian Ukrainian nationalists during and after the 2014 Maidan coup.

Why isn’t there an outrage in France that Whites are under-represented on the national team based on population percentages?

If flooding France with Black Africans is what it’s going to take to win a World Cup, then that’s the sacrifice they are willing to make. If “France” wins, we will watch Paris burn as they “celebrate” with rioting and looting.