Dangerous ‘Swedish’ Fugitives Arrested In Spain For Kidnapping And Torture 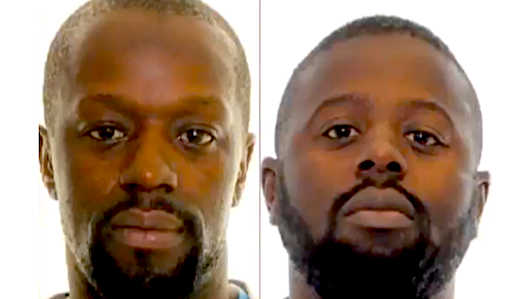 An off-duty policeman at a shopping center in Malaga, Spain, managed to arrest two of Sweden’s most wanted and dangerous fugitives:

The agent immediately recognized the suspects, he continued to follow them for a time until he was able to identify them and arrest them. They are two brothers of 35 and 37 years old, one is an Olympic boxer and both are considered very violent, reports Spanish newspaper La Vanguardia.

The fugitives, according to data of the judicial requisition, are related to the kidnapping and torture during three days of a person in Sweden in February of this year. The brothers allegedly injured the victim with a drilling machine and caused serious injuries, with the intention of obtaining their banking passwords and operating with them. Both have extensive criminal backgrounds in ‘their’ country.

In ultra-liberal countries like Sweden and the Netherlands, the jewish-controlled media has an official policy to avoid publishing both photographs and names of known criminals of “non-Western” backgrounds so as to leave the false impression that most criminals are White.  Yet despite these draconian efforts, the public isn’t fooled, and everyone knows, even in politically-correct Sweden, that virtually all the violent crime is committed by these “New Swedes”.

But the tolerant Swedes will still insist that these violent Africans are just as “Swedish” as anyone else, and provide much-needed “vibrancy” to an otherwise boring and vanilla Swedish society.  Surely, there must be a “reasonable” explanation as to why these Afro-Swedes were “forced” to torture someone with an electric drill.  Most likely, the Swedish welfare benefits were not generous enough, and thus gave them “no choice” but to resort to kidnapping, torture, and robbery.

No doubt their State-sponsored defense attorneys will sort out this “misunderstanding” and get them released back into Swedish society where Blacks have replaced Christ as their ultimate figures of worship.