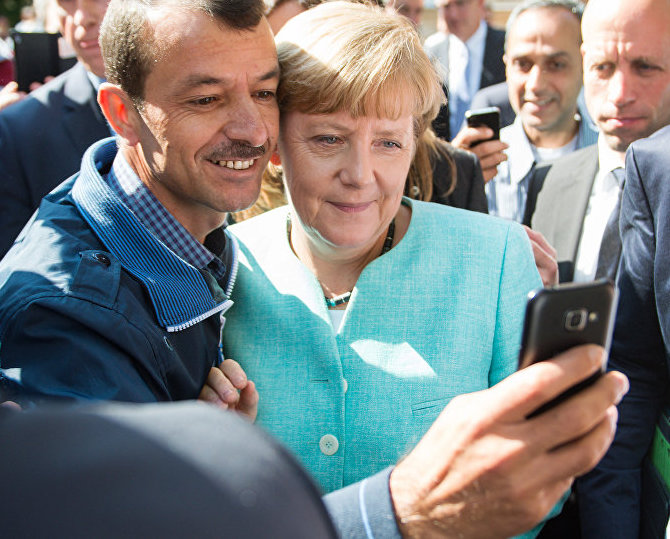 German Interior Minister Horst Seehofer, an alleged anti-migration hardliner, has stated that the moratorium against deporting any migrants from Syria, including known criminals, will be extended indefinitely, because war-torn Syria is too dangerous for them:

Seehofer, who leads Bavarian conservatives from the Christian Social Union (Angela Merkel’s CDU’s sister party), has cited the latest report issued by Germany’s Foreign Minister, presented on November 13. It characterised the current situation in Syria as “complex, still difficult and volatile”, a description which was applied both to territories controlled by militants and to regions where Damascus has reintroduced the rule of law.

The report also painted grim prospects for the returnees and deportees, claiming they face threats of revenge from the Syrian government. They connect this with both alleged “opposition-related activities” and refugees’ evasion of military service.

A week earlier, Seehofer stated that his Interior Ministry had considered lifting a 6-year moratorium. The German broadcaster Deutsche Welle reported that the country’s authorities are expected to make a decision ahead of the conference of regional interior ministers, scheduled for next week.

The temporary deportation ban is due to expire on December 31, 2018. It was first introduced in 2012, a year after the civil war in Syria broke out, and subsequently prolonged. It was last extended in 2017, although Bavaria and Saxony voiced a desire to lift the moratorium in mid-2018 if security conditions in Syria allow.

The debates heated up during the race for the CDU leadership, as Angela Merkel earlier refused to seek re-election. Even incumbent CDU General Secretary Annegret Kramp-Karrenbauer, considered to be the Chancellor’s favourite, recently demanded that Syrians who had become criminals should be sent back to their homeland despite the civil war, while her rival candidate, billionaire lawyer Friedrich Merz triggered discussions with calls to look into changing the right to asylum, which is protected under the German constitution.

Spiegel reports that almost all Syrians in Germany currently have refugee status, as only 52 out of approximately 22,500 applications were rejected in 2018. Syrians constitute the lion’s share of all applicants seeking asylum in Germany. According to the Federal Office for Migration and Refugees (BAMF), nearly 34,000 claims out of the total number of 124,000 have been filed by migrants from this Arab Republic.

Over the last few months, protests against Angela Merkel’s refugee policy have shaken several towns throughout Germany. They were prompted by acts of violence including gang rape and murder, allegedly perpetrated by migrants. In late October, thousands rallied in Freiburg after seven Syrians were arrested on suspicion of raping an 18-year-old student. In September, the German city of Chemnitz was rocked by anti-immigrant protests, led by right-wing activists, after a local carpenter was allegedly stabbed to death by a migrant from Syria and another from Iraq following an altercation.

The rape epidemic that has swept across Germany can be largely blamed on these Syrian refugees, who are now counted among Germany’s most dangerous criminals.  Their very presence in Germany endangers every single German female, from little girls to old ladies.  And yet the pathologically self-destructive German government is concerned that if these rapists and violent criminals are deported back to Syria, their lives might be endangered — or worse, they might be forced to serve in the Syrian military, which they illegally avoided by sneaking into Germany.

It turns out that many of the adult male “asylum seekers” in Europe are actually draft dodgers in their countries of origin.  In fact, Switzerland recently revealed that hundreds of their “asylum seekers” from Eretria were, in fact, common draft dodgers who won’t be deported because they understandably face arrest in Eretria.  But if Germany were to deport all their draft dodging Syrians, who would be left to rape their women?  This is a “complex” situation that may take years to sort out while Germany burns.