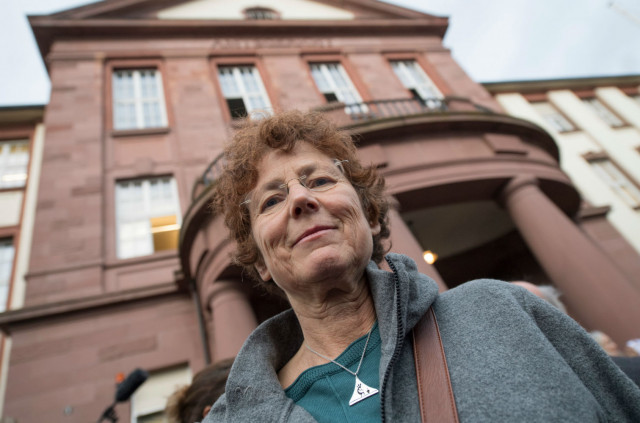 Despite the fact that the National Socialist Party or “Nazis” were disbanded over 70 years ago, they are still being blamed for many of our social ills today, including a common sense law that prohibits the advertising of abortion services:

In an open letter to the German government, doctors, lawyers and trade unions demand an end to a controversial anti-abortion law. Since 1933, since the Nazi time, it is illegal for our eastern neighbors that doctors give public information about abortion. That is seen as ‘advertising’. Even indicating that you do it as a doctor is punishable. This has major consequences for doctors and for women who want an abortion.

Kristina Hänel found that out as well. She is a GP and has specialized as an abortion doctor in the Netherlands. She put a brochure of three pages on her website, in which she informs patients about the process ….

In Germany, various anti-abortion groups are active that monitor all websites of all doctors. They filed a complaint against Hänel. “The judge found that I gave factual information, but according to the law it had to be classified as advertising, and I was sentenced to a 6,000 euro fine.”

She is not the only one. Every year 25 to 30 doctors in Germany are convicted for violating paragraph 219a of the German Penal Code.

The law in question was introduced by the Nazis in 1933. According to Hänel they wanted to make it impossible for Jewish doctors to work because they performed abortions more often than Christian colleagues.

After the war, the Allies retained the law because they could not discover a specific Nazi ideology in it. In many countries, abortion was completely banned at the time, and an advertising ban on something that was forbidden was in their view not illogical.

And although abortion in Germany is now regulated by law, it remains impossible to inform women about it in public. “I think that is absurd and not of this time anymore”, says Hänel.

So this “doctor” equates the persecution of abortionists today with the Nazi “persecution” of jewish abortionists in the 1930s. And that’s supposed to make us sympathetic to her cause.

Abortion was seen as a social ill in Germany in the 1930s, and the National Socialists outlawed it because they were pro-family and rewarded Germans for having large families with generous tax breaks and mortgage forgiveness programs.

That most abortionists in Germany at the time were jewish is no surprise–there is no prohibition against abortion in the jewish “holy” book, The Talmud.  And it was Jews in America who pushed the hardest to legalize abortion in 1973.

No wonder this “doctor” Hanel feels like a Jew every time she aborts another child, as well she should.  Abortion is a jewish form of birth control.