Deadly Typhus Outbreak in Los Angeles Threatens Its 600,000 Jews With ‘Another’ Holocaust 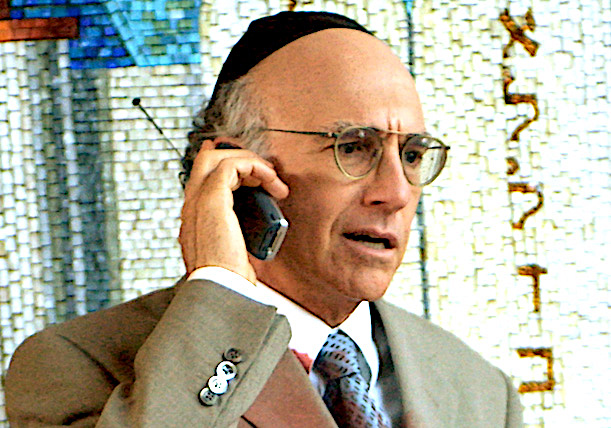 For the 600,000 Jews living in the greater Los Angeles area, the recent outbreak of deadly typhus disease carried by lice-infested rats feeding off mountains of garbage in the streets could be bringing back disturbing family stories of how “millions” of their relatives, including Anne Frank, were killed by this disease during World War II:

An officer at the Los Angeles Police Department’s Central Station has contracted Salmonella Typhi, the bacteria that causes typhoid fever, and another is suspected of contracting typhus, a disease carried by rats and fleas, the LAPD told the I-Team Wednesday.

Typhoid fever is a life-threatening illness, according to the Center for Disease Control and Prevention. Typhoid fever is rare in industrialized countries like the United States, per the CDC….

The I-Team has been exposing uncollected filth, an exploding rat population and fears of a new typhus outbreak in downtown Los Angeles, with an LAPD officer working downtown possibly the latest victim of the disease.

A spokesman for the LAPD confirmed to the I-Team that an officer stationed at Central Division has typhus-like symptoms but has not yet been diagnosed with the disease.  Typhus can be spread by infected fleas that live on rats that have been linked to growing homeless encampments.

The disease can cause fever, chills, vomiting and confusion.

Last week, the I-Team reported on how the downtown rat population has skyrocketed, as the city fails to collect mounds of garbage in the downtown area, sometimes leaving the rotting piles to fester for months at a time.

Despite last year’s record-setting typhus epidemic, the I-Team revealed that Los Angeles has no formal rat abatement program, unlike other big cities.

Officers have been told to report fleas if they see them, the I-Team has learned.

Luckily for the Jews of Europe, the National Socialists allowed the International Committee of the Red Cross to have unrestricted access to all the concentration camps for the duration of World War II in order to monitor the safety and well-being of all the inmates, only 40% of whom were Jews.  In that role, the ICRC kept meticulous health and death records of all prisoners, including the tens of thousands who died of deadly typhus which was caused by unsanitary conditions as a result of the massive air bombing campaigns by the Allies.

The death statistics released after the war by the ICRC reveal all causes of death, the majority of which were by disease and famine.  But as we see above, one of the common symptoms of typhus is extreme confusion, which may account for why so many Jews who were in those camps erroneously believed that the Nazis were “gassing” them to death in showers designed to cleanse them of the lice which carried the deadly typhus.  And of course, among the notoriously superstitious Jews of Eastern Europe, who were known for their very poor hygiene, many believed that being forced to shower and shave off their unkempt beards was tantamount to being mass murdered.

Fortunately, some rational Jews such as Professor Roger Dommergue have come forward to correct the erroneous historical record which was based on these unfounded and nightmarish rumors: