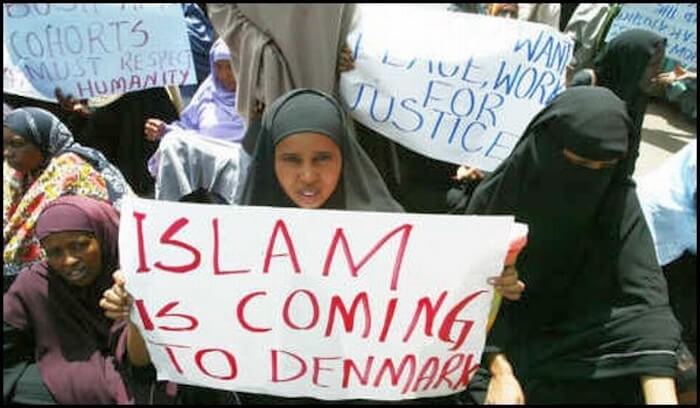 Denmark has come up with a “ghetto plan” to deal with the growing number of “underprivileged areas” that do not seem to be integrating very well. As reported by The Local:

Denmark’s so-called ghetto plan, which has received broad coverage in domestic and international media, is unlikely to to have any real effect on social challenges in underprivileged areas, residents, representatives and experts told The Local.

The plan, which was passed in part by parliament last month with further consultations due in the autumn, comprises 22 initiatives to ‘integrate’ the ‘ghettos’. These include including demolition of housing units, double punishment for certain crimes in certain areas, stricter rules regarding social welfare benefits, mandatory day-care for children to learn Danish, easier access for municipalities to residents’ data and financial incentive for municipalities to achieve high levels of integration.

…The manager of the residents’ association in Mjølnerparken said how he did not understand why his four-block neighbourhood was classified as a ghetto.

“People from Mjølnerparken and other people agree that it is not a ghetto,” Muhammed Aslam told The Local.

Of course, the arabs who live in these ghettos don’t think they live in ghettos – compared to the cesspools they come from, these ghettos must seem like they are living in Disneyland.

These attempts by the Danes for force “integration” on these Muslims will fail – they will never adopt Danish culture or values, nor was that ever their intent when they immigrated. They came to take advantage of the free social services while they created their own impenetrable ghetto.

It is the Danes who will do the integrating into Islam.