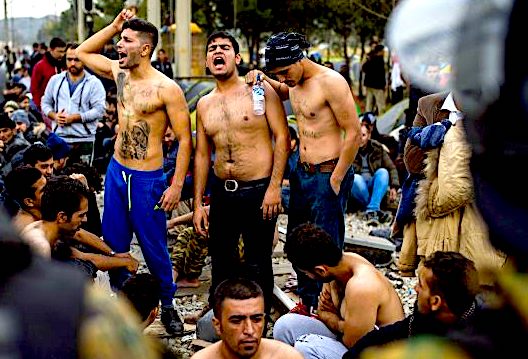 The figures were reported by newspaper Kristeligt Dagblad on Friday.

Each left the country with at least 140,000 kroner paid to them by the Danish state through an incentive scheme introduced under the previous government.

None had left the country under the scheme prior to May 1st.

New rules took effect this year, meaning that Syrian refugees who live in Denmark do not immediately lose their right to residence if they return home.

They now have up to a year in which they can change their minds about the decision. The addition of this clause has encouraged people to take up the option, according to the Danish Refugee Council (DRC).

The organization is responsible for advising refugees who are thinking of returning to their homelands.

“Many people simply feel that it is too difficult to enter the jobs market and get established in Denmark,” the council’s head of asylum (((Eva Singer))) told Kristeligt Dagblad.

“The money makes a difference to their considerations but also means they can change their minds if Syria turns out to be too dangerous,” Singer added.

Syrians are not the only nationality encompassed by the incentive programme.

During the first ten months of this year, 438 refugees and migrants left Denmark with such a payment from the state.

The Ministry of Immigration and Integration told Kristeligt Dagblad that it expects to spend 102 million kroner this year paying refugees to return home.

That total has been received with concern by the anti-immigration Danish People’s Party, which voted for the legislation providing for it.

“It’s a very high amount and I understand if people are wondering about it,” she added.

If they actually stay in Syria, this is a small price to pay for Denmark, just in the price of violent crime and welfare each year.

Many of these Muslims were promised permanent welfare, free housing, and free cell phones if they showed up in places like Denmark, and they certainly received all those goodies, but they didn’t realize that eventually they’d be expected to work, and for many of them, that was a slap in the face.

They would rather go back to war-torn Syria than have to get a job in Denmark.  After all, $15 thousand dollars will allow them to avoid working for a long time in Syria, and when they run out of money, they can just head back to another European country and start the whole process all over again.

The question remains: do these migrants get to keep the cash payment if they change their minds and return to Denmark after a year?  That would certainly be the “fair” thing to do for the suicidal Danes.

Below is a photo of the head of the Danish Refugee Council, (((Eva Singer))), whose last name is NOT Danish.  Is that the Mark of Cain there on her neck?  Not surprisingly, Singer is also actively involved in Denmark’s pro-sodomy groups, a stereotypical wolf in sheep’s clothing: 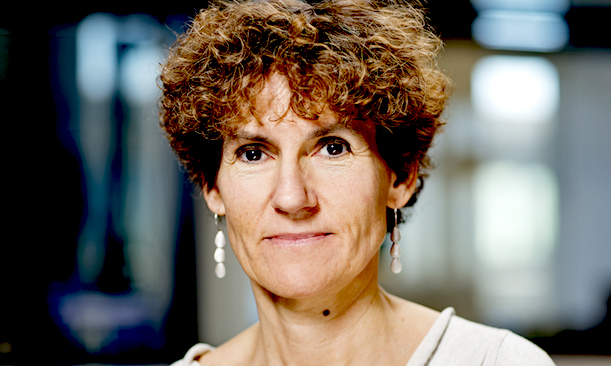