Denmark Wakes Up: Will Now Focus on Deporting Migrants, Not ‘Integrating’ Them 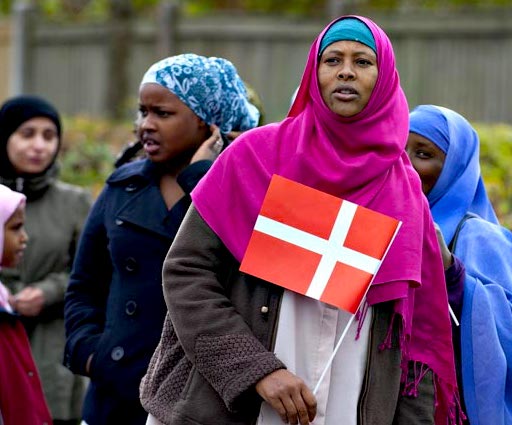 The Danish Parliament Folketinget recently voted through a legislative package that is said to be a “paradigm shift” for Danish migration policy:

The migration policy now being introduced represents a whole new way of looking at migration.

In the future, the focus will be on sending migrants back to the third world – instead of “integrating” them.

The focus will be shifted from integration to the return of refugees to their home countries whenever possible, said Peter Poornima, the Danish People’s Party’s group leader in Folketinget when the agreement was presented last autumn.

The settlement also means that criminal migrants will be placed on a deserted island, that the so-called integration subsidy is reduced, that the number of family reunions for migrants will be limited, that residence permits as a rule becomes temporary and that it will be easier to withdraw permits and refrain from extending them.

The package of legislation is the result of a settlement between the right-wing government and the Danish People’s Party.

Together, the parties have a majority in Parliament. However, the Social Democrats will also vote for the changed rules.

According to the Danish Minister of Finance Kristian Jensen, Denmark will no longer have a system in which “refugees become immigrants”.

The bogus concept of “integration” was invented by communist Jews in America who were pushing for Blacks to be forcefully moved into White society instead of repatriated back to Africa where they came from — and where they belonged.  Many Blacks in America favored repatriation back to Africa instead of integration, but those leaders, such as Marcus Garvey were silenced by the Jews who led and financed the Civil Rights movement.  Instead “integrationist” Blacks like E.B. Dubois were promoted.

All of western Europe needs to study the failed Civil Rights movement in America to understand that integration never works, the different races will naturally separate like oil and water.  Only Whites who have never lived around non-Whites are naive enough to think it can work, and that describes most Europeans up until recently.  Now that they’ve gotten a little taste of “diversity”, they are waking up to violent, crime-ridden reality that comes with it.