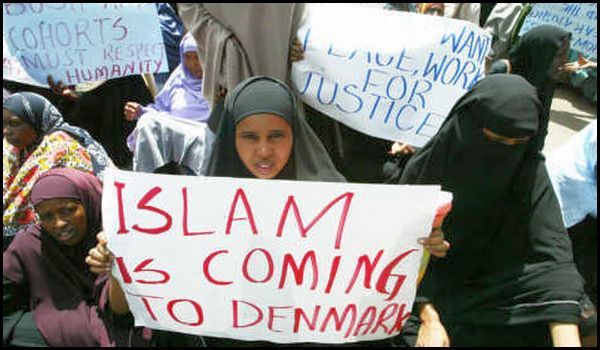 The party will on Thursday forward a proposal to parliament that would, in practice forbid many Islamic private schools in Denmark from teaching students in their mother tongues.

Now, the party will attempt an alternative approach to restricting the schools, reports Avisen Danmark.

Should the proposal be passed into law, private schools would lose 75 percent of their income if they fail to comply with a demand to only teach European foreign languages.

The Ministry of Education has confirmed to Ahrendtsen that the proposal does not contravene Denmark’s constitution, according to Avisen’s report.

A parliamentary legal consultant has also suggested that the proposal also may not be in breach of the European Convention on Human Rights, despite the Ministry of Justice making the opposite assessment, the media writes.

Ahrendtsen said the proposal allows for exemption from the foreign language stipulation.

“We don’t have any problems with, for example, Chinese or Hebrew, because Chinese people or Jews do not create parallel societies or integration problems,” the MP said in reference to underprivileged areas given the designation of ‘ghettos’ by the government.

Minister for Education Merete Riisager of the Liberal Alliance (LA) party declined to comment on the proposal, Avisen reports.

But the party’s own spokesperson for education Henrik Dahl said that LA would not vote for the proposal, citing the Ministry of Justice assessment on potential breaches of the Human Rights Convention.

Dahl said the critical issue being discussed was not whether to allow languages to be taught but “schools that teach children not to be integrated”.

Social Democrat spokesperson Lars Aslan Rasmussen also told Avisen that his party would not vote for the proposal, which he said was too direct in its targeting of Islamic schools.

What kind of “anti-immigration” party wants to force migrants to integrate?  If this were truly an “anti-immigrant” political party, they would be calling for a complete moratorium on immigration, along with forced deportation of all migrants.  So it seems that these “conservative” Danes actually want to force their pet Muslims to become Danish after all, as if forcing them to learn to speak Danish will magically turn them into Danes.

Of course, this anti-immigrant Party is careful to point out that they don’t have a problem with Jews learning Hebrew in their publicly-funded private schools, falsely claiming that Jews do not create “parallel societies,” which is exactly what Jews historically have done.  They superficially “integrate” by learning the host language and customs, but at the same time steadfastly remaining Jews, with completely different and hostile worldviews that undermine their adopted countries.  Behind the superficial appearance of “integrating,” Jews are really no different from their kissing cousins, the Muslims.