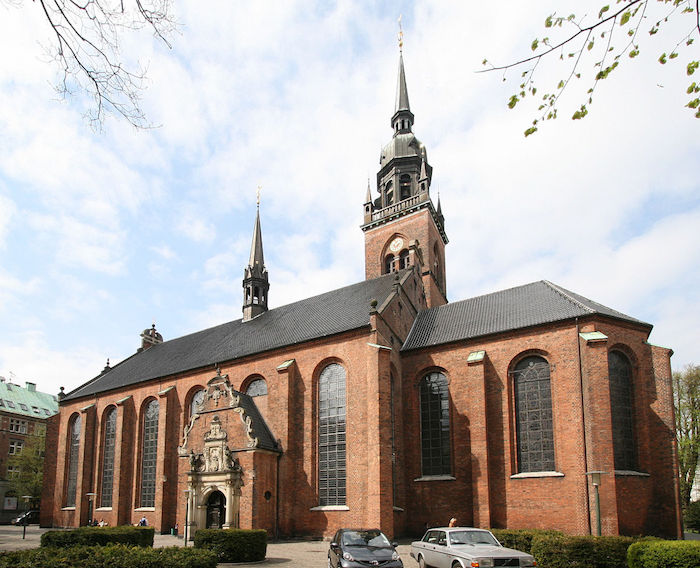 In an inexplicable about-face — DR, one of Denmark’s two largest broadcasting companies — has entered into a new contract with the Danish Ministry of Culture that emphasizes the Christian basis of Danish culture:

New guidelines for the Danish public broadcaster DR have put an emphasis on its highlighting the roots in Christianity of the country’s society, instead of multiculturalism and integration, which DR had been promoting.

The new contract with the state broadcaster was published by the Danish Ministry of Culture on Tuesday. Apart from budget cuts, which could mean up to 400 jobs losses, the document signals a huge change in broadcaster’s programming.

The contract states that the DR must make it clear that Danish society is based on principles of “democracy and has its roots in Christianity.” Previous issues of the contract had stated the broadcaster should “work for the promotion of integration in Danish society.”

The vague “integration” reference has been dropped and now the broadcaster’s mission is described as being to “promote a Denmark based on community, built on values of democracy, equality and free speech.”

Media policy in Denmark is established through political agreement, between the government and the parties in the Folketing (Parliament). The new agreement (Mediepolitisk aftale) will cover the period 2019-2023, and will have a mid-term assessment of its effectiveness.

Credit for the new wording in the contract with an emphasis on Christianity is being taken by the anti-immigration Danish People’s Party (DF), which campaigned to highlight Danish culture in the new government media policy agreement.

“This is a tightening-up we have had put in relative to the previous wording, which only obliged DR to particularly recognize Christian cultural legacy. We felt that was too weak. That’s why we demanded this specification, which makes it clear that DR must present Christian cultural heritage to a greater degree,” DF’s representative, Morten Marinus, told Politiken on Tuesday.

While welcomed by the anti-immigrant political establishment, the wording of the new agreement was slammed by the traditional parties. “The DF influence is clear and I think it is an incorrect prioritization of conservative values. It’s another step towards a political agenda that does not want to integrate people,” Jacob Mark, media spokesperson with the Socialist People’s Party, told Politiken.

Denmark, which has an office of the Minister for Ecclesiastical Affairs, is predominantly Evangelical Lutheran, with over 75 percent of the population belonging to the Church of Denmark (Dansk Folkekirke), which is the official state religion. Islam constitutes the largest minority religion in the Nordic country and has been growing in recent years following the influx of refugees and migrants into Europe.

Like everywhere else in western Europe, Denmark’s media is controlled by Jews and their utlra liberal “good goy” front men.  That Christianity is even being recognized in its policy decisions is rather remarkable — and perhaps reflects a certain nervousness on the part of the nation wreckers that they’ve pushed Denmark to the brink but now they are pulling back and moderating their bolshevism.

Christians should not get their hopes up with this new policy, as whatever Christian programming that will come of it will be drowned out by the typical multicultural clap trap that the Jews peddle everyday.  But this policy change does make one point clear — that Christianity is the antidote to what ails Europe, as we’ve seen in Poland and Hungary.