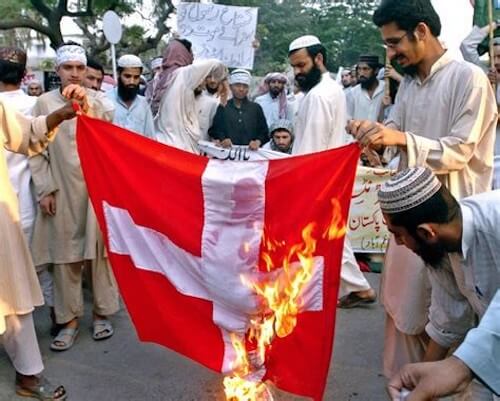 The controlled media is attacking Denmark in their attempts to eliminate “ghettos” – a topic we covered here. Below we can see how The Guardian is referring to Denmark’s efforts as “racist” and “grotesque”:

Forcing immigrants to put their children into daycare for 25 hours a week from the age of one; automatically doubling the sentences for crimes committed in ghetto areas; threatening long fines or even prison sentences for anyone who fails to report parents suspected of hitting their children; setting quotas on kindergartens so that they can have no more than 30% of their children from immigrant backgrounds.

The government and much of the press use the term “ghetto” without irony to refer to the social housing where immigrants cluster. It’s a habit of speech that shows very clearly how Muslims in Europe are now the victim of attitudes that would once have been expressed as antisemitism.

The new measures are an effort to enforce both the written and unwritten laws of Danish society. The children of immigrants are to be brought up with “Danish values”. But these values now include a clear and consistent pattern of discrimination against their parents. That cannot end well.

The effect of these laws will be clearly racist, and discriminatory on grounds of religion. It is one thing to promise increased policing of high-crime areas. But to make such crimes as vandalism, burglary, threatening behaviour, arson and offences against the drug laws punishable by twice the sentences when committed within the designated ghettos is just grotesque.

So when Denmark makes a serious effort to integrate these Muslims into Danish society, they are accused of “racism” and “xenophobia”.

When they don’t integrate them, and Muslims remain separate and radicalized, Danes are criticized for being “racist” and “xenophobic”.

They lose either way, so why attempt to turn these Muslims into Danes in the first place? Put them all on military transport planes and ship them back to where they came from so they can be free to be Muslims without discrimination or racism.