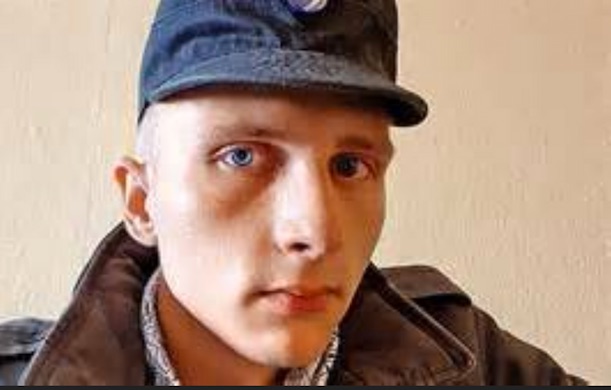 A man in Halle, Germany appears to have been driven to violence in part after discovering that the official state-sanctioned version of the “Holocaust” in World War II was far from credible and accurate:

A gunman at a German synagogue ranted about feminism, immigration and the Holocaust before he shot two people dead in a live-streamed, anti-Semitic rampage on Judaism’s holiest day today.

The shooter killed a man and woman, threw a grenade into a Jewish cemetery and left explosives near the synagogue in Halle after failing to force his way inside while worshippers prayed on Yom Kippur.

The suspect, named by Bild as 27-year-old Stephan Balliet, was later arrested after trying to flee in a taxi, according to German media.

This evening Germany’s interior minister said it appeared to be an anti-Semitic attack, possibly motivated by right-wing extremism, while Chancellor Angela Merkel offered her ‘deep sympathy’.

Wearing military fatigues and a helmet camera, the gunman shot a woman dead in the street after she confronted him outside the synagogue, where around 80 people were praying.

Another man was then shot dead after the gunman drove to a kebab shop close to the synagogue before opening fire a second time.

Video taken outside the shop shows him firing what appears to be a shotgun into the street and his face is then revealed as he walks back up the road.

In the 35-minute video, published on Amazon-owned platform Twitch, he bemoaned his failure to get inside the synagogue and talked about the Holocaust, women’s rights and immigration, blaming ‘the Jews’ as the root of various problems.

Witnesses said the attacker also used a submachine gun during the attack and threw a grenade into the Jewish cemetery after shooting at the door of the synagogue to no effect.

Improvised explosive devices were also left outside the front of the synagogue as the terrified congregation barricaded themselves inside.

Halle residents were initially urged to stay inside while police hunted for a possible second attacker, but authorities now believe there was only one gunman.

It has long been illegal in Germany and most other countries in Europe to even intellectually question any aspect of the so-called “Holocaust” in World War II.  Even a “dangerous” 90 year old grandmother has been thrown in prison twice for discussing objective documented evidence that conclusively proves that the “official” version lacks credibility.

A British woman was recently sentenced to prison for merely making a joke about some of the impossible and contradictory testimony of some survivors.

Jews have long claimed that only an “antisemite” motivated by pure “hatred” of Jews would ever question the feasibility of murdering 6 million people within two and half years with a common household insecticide in gas chambers disguised as showers, then making the “cremated” bodies disappear without a trace, including not one single documented mass grave.

But if you make it illegal to discuss the logistical problems with carrying out this fantastic scenario, you leave otherwise normal, intellectually curious people with no outlet to direct their legitimate questions, and that apparently can lead to pent up anger and even violence, as seems to be the case of this man in Halle.

Clearly, these Holocaust denial laws in Europe are putting Jewish lives at risk, endangering the lives of common Jews praying in synagogues.  Perhaps, for the safety of all Jews worldwide, these draconian laws should be rescinded to allow free and open debate about the historic accuracy surrounding this event.

Jews should not have to live in fear that another person will discover the truth about the Holocaust and take it out on innocent Jews.

And perhaps Jews themselves should lead the way to openly questioning the Holocaust, as many have already done, because many Jews would perhaps be relieved to find out that millions of their co-ethnics were not, in fact, murdered “out of the blue” and  “for no reason whatsoever,” and that the world isn’t such a sinister place after all.