Diversity Police Find Bicyclists in London Too White, Too Male, Too Middle-Aged 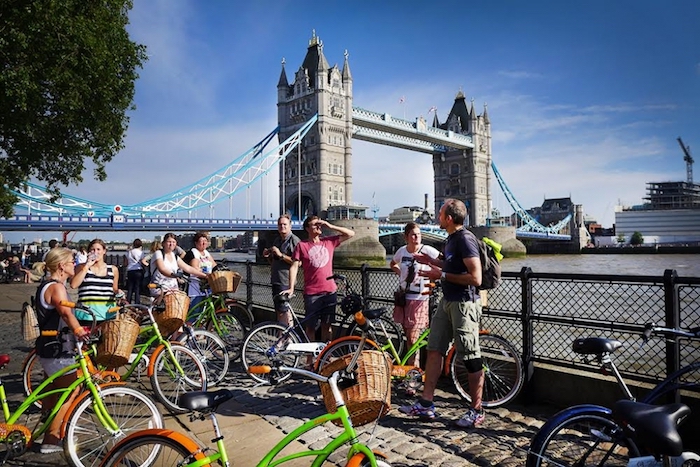 London’s Walking & Cycling Commissioner, Will Norman, believes that the city needs to increase the “diversity” of the kinds of people who ride bicycles because too many White, middle-aged men have taken it up:

Too few women and people from ethnic minority groups cycle in London and more must be done to promote diversity among a largely white, male and middle class biking community, the city’s walking and cycling commissioner has said.

Grand schemes, such as the Cycle Superhighway network of partially-segregated routes linking the suburbs with the centre, are too often perceived as simply a way of getting “middle-aged men cycling faster around the city”, Will Norman acknowledged.

He said he was considering setting diversity targets for London’s cycling population to ensure progress was achieved.

Black, Asian and minority ethnic groups account for about 15 per cent of the city’s cycle trips – around two-thirds less than Transport for London estimates it could be.

Speaking to The Independent, Mr Norman, whose job it is to deliver on Sadiq Khan’s pledge to make walking and cycling safer and easier in the capital, said: “There is a problem with cycling and the way it is perceived of getting middle-aged men cycling faster around the city, which is not the objective at all.

“It touches on something which is a real challenge for London cycling, which is diversity.”

Mr Norman, the capital’s first cycling commissioner, said he wanted to tackle the “gender divide” among cyclists that had spawned the term middle-aged men in lycra – or Mamils.

He added: “Even when we have seen the growth in the number of cyclists, we haven’t seen that diversity.

The mayor’s office has unveiled a number of projects it says will begin to address a lack of diversity, including cycle training courses, grants for community groups who do not typically cycle and promoting electric bikes, as well as expanded cycle routes. On Quietway 1, a new route linking Waterloo with Greenwich, the proportion of women has risen from 29 per cent to 35 per cent.

Duncan Dollimore, road safety and legal campaigns officer at Cycling UK, backed the moves, saying authorities should be “focusing on the barriers that deter people from cycling rather than existing cyclists”.

Mr Norman also responded to mounting criticism of Mr Khan’s record on delivering cycling projects after nearly two years in City Hall, saying his boss had achieved more for London’s cyclists than Boris Johnson had in his first six years in the job.

Whites invented bicycles, and they have been very much part of European society for almost 100 years, so it should come as no surprise to the “diversity police” that non-Whites do not feel the same attraction to bicycles that Whites do.  But the social engineers can’t let racial and gender preferences stand — they need to be changed and manipulated until they get their desired outcome — which is that everyone likes everyone and everything to the same degree with no suggestion of “discrimination” or “preference”, which, if not stamped out, could lead to another Holocaust.

That there is even a man in London whose job it is to monitor people who walk and ride bikes shows just how bloated and superfluous the government’s Nanny State has become.  The more “diverse” a society is, the more bureaucracy it will need to enforce cooperation and agreement.  Non-Whites will somehow have to be forced to ride bicycles more often, or Whites will have to be discouraged — but either way, what matters is that everyone is “equal”.