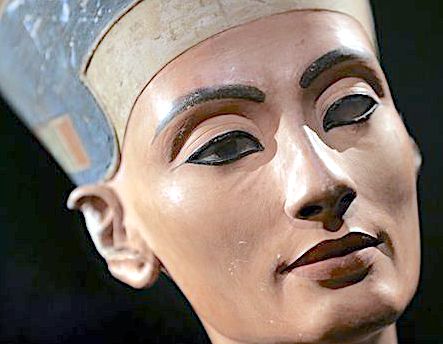 An in-depth DNA study of mummies recently published in the journal Nature Communications, involving the University of Cambridge, the Polish Academy of Sciences, and the Berlin Society of Anthropology, Ethnology and Prehistory, shows that today’s Egyptians have far more sub-Saharan Black African genetic admixture than their ancient predecessors:

Now, an international team led by researchers at the University of Tübingen and the Max Planck Institute for the Science of Human History in Jena, Germany, has recovered and analysed ancient DNA from Egyptian mummies dating from approximately 1400 BCE to 400 CE, including the first genome-wide nuclear data from three individuals. Nuclear data is significant because, at its most simple, it is inherited from all ancestors, while mitochondrial DNA stems from the maternal line only.

“Nuclear DNA represents the full human genome and therefore contains much more information as mitochondrial DNA that covers only a small part of the human genome and represents only the maternal ancestry,” author Verena Schuenemann, group leader at the University of Tübingen told [WIRED]. “Especially for admixture and ancestry analysis, it is important to look at as many informative/variable positions in the genome as possible to obtain a complete picture.”

For this study, the authors extracted nuclear DNA from mummies found on the archaeological site of Abusir el-Meleq, along the Nile River in Middle Egypt, hosted and curated at two anthropological collections in the University of Tübingen and the Felix von Luschan Skull Collection at the Museum of Prehistory of the Staatliche Museen zu Berlin, Stiftung Preussicher Kulturbesitz.

…This left the team with reliable samples from 90 individuals, and genome-wide datasets from three. From this, the team studied the genetic differentiation and population changes and continuity over a 1,300-year time span before comparing the results to modern populations.

…The results show that ancient Egyptians were most closely related to ancient populations in the Levant, as well as having close links to Neolithic populations from the Anatolian Peninsula and Europe, thus suggesting the genetics of the Abusir el-Meleq community did not undergo any major shifts. When compared with more recent DNA, the study also revealed modern Egyptians share approximately eight per cent more ancestry on the nuclear level with Sub-Saharan African populations than with Ancient Egyptians.

“This suggests an increase in Sub-Saharan African gene flow into Egypt occurred within the last 1,500 years,” said Stephan Schiffels, from the Max Planck Institute for the Science of Human History in Jena. Possible reasons presented by the team include improved mobility down the Nile River, increased long-distance trade between Sub-Saharan Africa and Egypt, and the trans-Saharan slave trade that began approximately 1,300 years ago.

Isaiah 43:3 tells us that God gave up Egypt, Ethiopia, and Sheba in order to preserve the ancient Israelites, and once He fulfilled that promise, it was only a matter of time before those lands would be overrun and occupied by peoples outside of the original Genesis 10 Nations, which has been the case for the last 1,500 years or more.  And this DNA merely confirms that this is exactly what happened, as those lands have grown progressively darker over time.

But, of course, these findings are not politically correct, as they reveal that the dark-skinned people who occupy the land of Egypt today are very different genetically from the original Egyptians who built that formerly great ancient civilization.  The DNA study specifically states that the ancient Egyptians were closely related to those who dwelt in the ancient lands of the Levant, which is completely consistent with what the Bible tells us.  And we also know that the DNA of these ancient mummies, including King Tut, largely matches the DNA of today’s White Europeans. This all goes to show that the Levant, at one time, must have had an immense White population which has since migrated elsewhere or, in the case of Egypt, been absorbed into the local populations.