How Did Israeli Jews Develop Backdoor Access to Nearly All Our Computers? 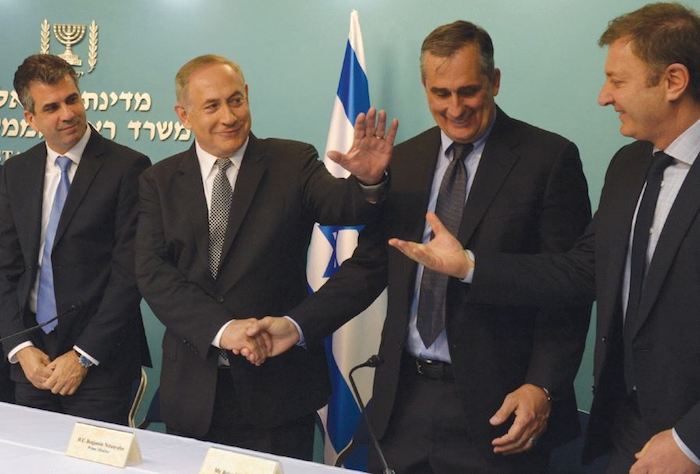 Intel, one of the largest semiconductor chip manufacturers in the world, has a disturbing history when you look at the company and exactly what’s going on with the hardware it produces.

For starters, Intel is basically an Israeli company, despite its headquarters in California.  In 2017, Intel CEO Brian Krzanich admitted the company’s Kosher ties when giving a speech in Israel to commemorate a $15 billion acquisition:

Intel’s $15 billion plans to acquire Jerusalem’s Mobileye not only demonstrate the company’s belief in Israeli innovation, but also position the country to become the global leader in autonomous driving, according to the chip giant’s CEO, Brian Krzanich.

“We think of ourselves as an Israeli company as much as a US company,” Krzanich said at a Jerusalem press conference on Tuesday evening at the Prime Minister’s Office.

With a combination of tax-sops and State support, Intel loosened its purse-strings for a massive investment in Israel, where the company already has substantial investments in manufacturing and R&D. The investment consists of a 40 billion Shekel (~USD $11 billion) semiconductor foundry. “Intel’s global management has informed us about its decision to invest another 40 billion shekels in Israel, an unprecedented decision that is expected to bring thousands of jobs to the south (of Israel),” said the country’s Minister of Finance, Moshe Kahlon.

This $11 billion investment closely follows news of Intel committing $5 billion last year toward expanding its existing facility in Kiryat Gat. Expansion of this plant in the southern part of the country, is expected to complete by 2020. As part of that agreement, Intel will spend $3 billion on sourcing materials, labor, and services from local Israeli businesses. The new factory is slated to come up in the same city, although it’s not known if the site is contiguous with the existing factory. Intel is one of the largest multinational employers in Israel.

Now let’s get to the heart of the matter. Does Intel (and those who control it) have backdoor access to every device with a modern Intel processor? The answer appears to be a definitive yes:

Introduced in June 2006 in Intel’s 965 Express Chipset Family of (Graphics and) Memory Controller Hubs, or (G)MCHs, and the ICH8 I/O Controller Family, the Intel Management Engine (ME) is a separate computing environment physically located in the (G)MCH chip. In Q3 2009, the first generation of Intel Core i3/i5/i7 (Nehalem) CPUs and the 5 Series Chipset family of Platform Controller Hubs, or PCHs, brought a more tightly integrated ME (now at version 6.0) inside the PCH chip, which itself replaced the ICH. Thus, the ME is present on all Intel desktop, mobile (laptop), and server systems since mid 2006.

The ME consists of an ARC processor core (replaced with other processor cores in later generations of the ME), code and data caches, a timer, and a secure internal bus to which additional devices are connected, including a cryptography engine, internal ROM and RAM, memory controllers, and a direct memory access (DMA) engine to access the host operating system’s memory as well as to reserve a region of protected external memory to supplement the ME’s limited internal RAM. The ME also has network access with its own MAC address through an Intel Gigabit Ethernet Controller. Its boot program, stored on the internal ROM, loads a firmware “manifest” from the PC’s SPI flash chip. This manifest is signed with a strong cryptographic key, which differs between versions of the ME firmware. If the manifest isn’t signed by a specific Intel key, the boot ROM won’t load and execute the firmware and the ME processor core will be halted.

…The Intel Management Engine with its proprietary firmware has complete access to and control over the PC: it can power on or shut down the PC, read all open files, examine all running applications, track all keys pressed and mouse movements, and even capture or display images on the screen. And it has a network interface that is demonstrably insecure, which can allow an attacker on the network to inject rootkits that completely compromise the PC and can report to the attacker all activities performed on the PC. It is a threat to freedom, security, and privacy that can’t be ignored.

In summary, the Intel Management Engine and its applications are a backdoor with total access to and control over the rest of the PC. The ME is a threat to freedom, security, and privacy, and the libreboot project strongly recommends avoiding it entirely. Since recent versions of it can’t be removed, this means avoiding all recent generations of Intel hardware.

Jews have a long history of spying on the goyim. Surveillance has been a tool to monitor and “deal with” those who do not go along with the marxist agenda, as is evident from the Soviet and East German (Stasi) regimes. And of course, there will always be excuses for more surveillance throughout the world, whether it be “terrorism”, “hate speech”, or copyright infringement.

And let’s not forget that Israeli intelligence already has a direct conduit to spy on people through the NSA. As revealed in 2013, the NSA shares raw intelligence with our “greatest ally” Israel, but American bureaucrats will assure us that nothing is amiss.

Perhaps the Amish had it right all along. 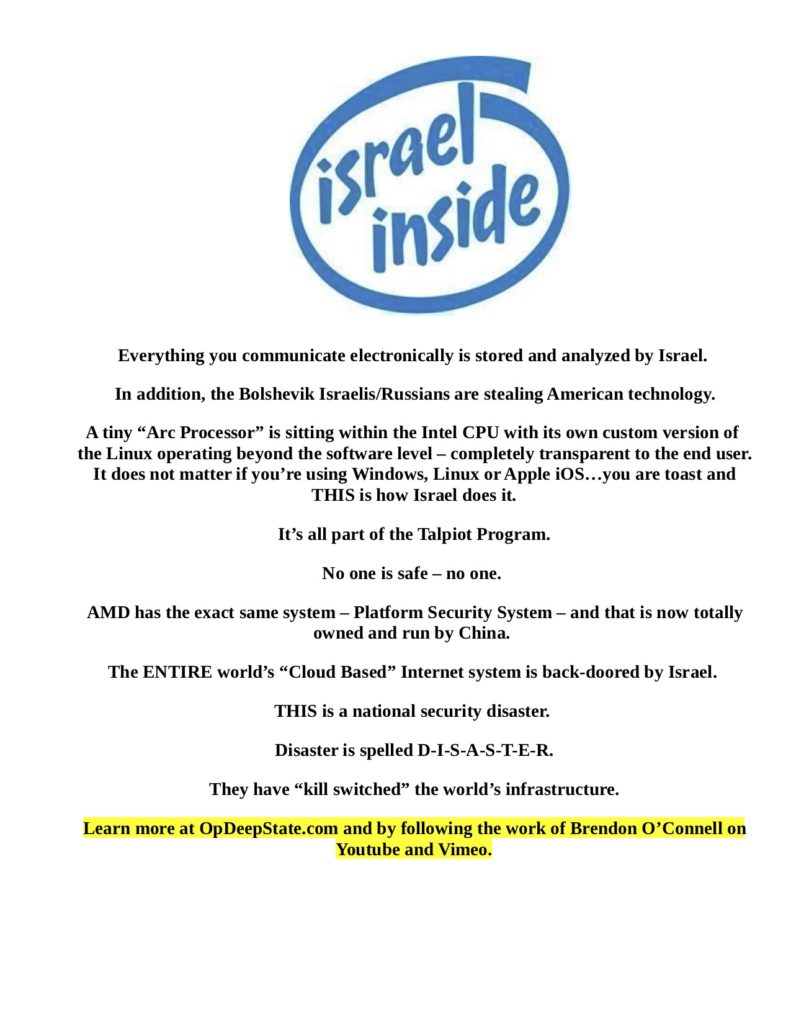