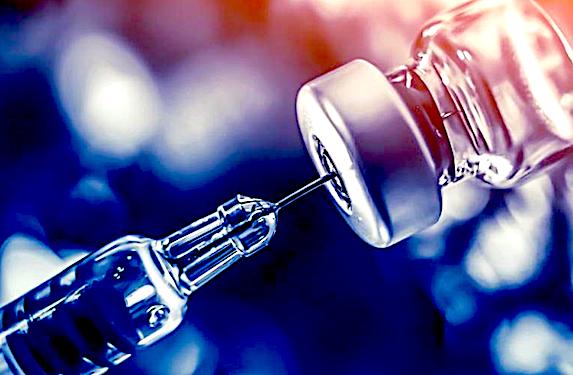 Because of the potential for unheard of windfall profits, many pharmaceutical companies have been racing each other to be the first to develop a vaccine to combat the COVID-19 virus, but in order to speed up that development process at least one leading pharmaceutical company is known to exploit aborted human fetal cell lines:

Unfortunately, Moderna, the company that has been recently touted in news headlines for its developing mRNA-1273 vaccine to fight the virus, uses aborted fetal cell lines.

Debi Vinnedge, Executive Director of Children of God for Life, a prolife organization whose mission is to end the use of aborted fetal material in vaccines and medicines, said her suspicions were raised after checking Moderna’s patents and in particular, the use of the Spike (S) protein.

The idea behind using this Spike protein in a vaccine with messenger RNA (mRNA) is to teach the patient’s immune system to produce its own protein antibodies to block and destroy the virus so the person will not become infected. Unfortunately, Vinnedge said her heart sank when she discovered that Spike protein was produced using HEK 293 aborted fetal cells.

“It was detailed in several science publications”, she said. “And in light of the public fear and panic, I did not want to be the bearer of bad news.” Vinnedge said the heavy burden of revealing that knowledge made her dig further into others’ research. That’s when she found another well- known pharmaceutical company had a better solution.

Enter, Sanofi Pasteur which is using its own recombinant DNA platform to produce a Covid-19 vaccine. According to the Department of HHS Biomedical Advanced Research and Development Authority (BARDA) reports, Sanofi is using the DNA of the baculovirus expression platform, which is also used in their licensed Flublok Quadrivalent vaccine.

…Vinnedge said she was particularly annoyed to see a recent article in the Washington Post trying to assert that President Trump’s ban on the use of aborted fetal tissue was blocking important research and treatments for Covid-19 virus.

“That accusation is laughable at best and nothing more than a political maneuver,” stated Vinnedge. “In fact, we have morally produced treatments for patients who are already infected, notably Hydroxychloroquine or Plaquenil. And there are more promising treatments on the way to prevent infection entirely.”

Beware: these RNA vaccines that Moderna is developing have NEVER been used on humans before, and anyone who receives one will truly be a human guinea pig.

The purpose of these new vaccines is to re-program your RNA to supposedly create protein ‘antibodies’ to combat the alleged virus, precipitating a completely unnatural immune response whose consequences could be catastrophic.

According to Whitney Webb, all pharmaceutical companies now developing COVID-19 vaccines are doing so in partnership with D.A.R.P.A, a Department of Defense brainchild.

And keep in mind, by the time any COVID-19 vaccine is ready for human use, it will already be obsolete and unnecessary, as the prime infection period will have passed.

This immediate obsolescence happens with all seasonal flu vaccines, which is why they never have worked and never will work.

With each new year comes a new, mutated strain of the flu virus, and there is no way to anticipate what that new strain will be UNLESS you create it in a laboratory yourself.