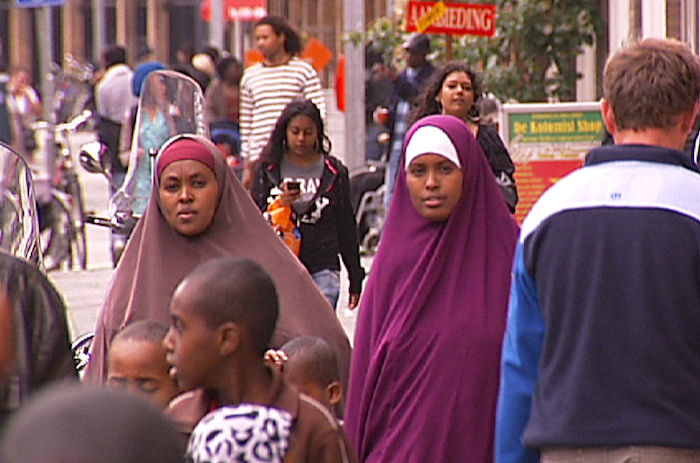 An Afghan migrant was convicted of raping a mentally retarded woman, but the Dutch court intentionally lightened his sentence to ensure that he would not get deported:

A 38-year-old Afghan refugee who was convicted of raping an 18-year-old woman with a slight mental impairment in 2016, received a lower sentence from the court in Amsterdam to prevent him being deported, the Telegraaf reports.

The Public Prosecutor demanded 2 years in prison against Zaman S. for the rape. But the court ruled that the sentence must not have the consequence that he is deported, according to the newspaper.

The rape happened in the store where S. worked in 2016. The young woman came into the store, wanting to buy a bag. “It was very busy”, she said to the Telegraaf. She was asked to wait. When all the customers were gone, he asked if she wanted to walk with him to a small warehouse. There S. touched her, forced her to satisfy him orally and then raped her, can be read in the court ruling.

The woman says she was “overwhelmed”. S. is much larger than her and almost twice her age. After the rape she left the store with a bag S. gave her. She then messaged her boyfriend and called her father to tell them what happened.

S. was arrested a few days later. At first he refused to talk to the authorities, but later he said the sex was consensual. He was tried two years later. “There may have been communication problems, but she did not resist”, his lawyer said in court.

The Prosecutor demanded 24 months in prison against the Afghan man. He was sentenced to 20 months in prison. “The court sees prison sentences of two years as the lower limit for vaginal or oral rape”, the ruling states, according to the newspaper. But it adds: “In view of these circumstances, the District Court considers that it is not the intention to impose such a punishment on the defendant that it has far-reaching consequences for foreign nationals.”

The victim and her father are furious, they told the Telegraaf. “Maybe this is normal in his country, but not here”, her father said. “You must throw this kind of people out of the country.”

“Whether or not you lose a residency permit should not be a consideration in such a serious crime”, the victim’s lawyer Richard Korver said to the newspaper. “This man will soon be back on the streets in our country, untreated and with a shorter penalty than if he did not have a residency permit.”

It’s understandable why the Dutch would want to keep this Muslim rapist in the Netherlands — after all, who would rape their retarded women if they deported all the Muslim and African migrants?

If they deported all rapists, and rape disappeared as a crime, what would the feminists complain about?  Rape must continue at all costs as it has become a litmus test of how successful our societies have become more multicultural and “diverse”.

Of course, if this rapist were deported back to Afghanistan, he wouldn’t be considered a rapist anymore — as rape there is completely normal.  As these Dutch courts have discovered, most rapes are merely “cultural misunderstandings,” –not real rapes — and it’s really not helpful to get too worked up about a rapist who doesn’t get punished — even rapists should have a valued place in a “tolerant” society.