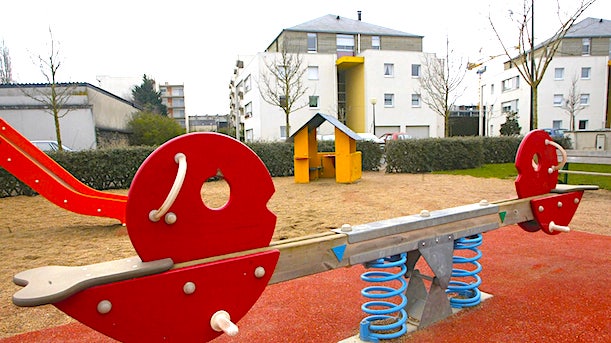 A Dutch court found a man guilty of sexually abusing 24 predominantly minor victims in the Gelderland village of Alem, but sentenced him to only three years in prison along with psychiatric treatment for his “condition”:

The 46-year-old man was arrested in July last year after an 11-year-old girl told her parents that something strange had happened during a sleepover at the house of her friend, B.’s daughter. She woke up in the middle of the night when she felt her underwear being moved aside. She saw B. take photos of her.

Investigation showed that the man had been doing this for years – a revelation that rocked Alem, a village with less than 600 residents. B. was arrested a few days later. The authorities initially suspected him of sexually abusing five girls between 2015 and 2018. In January the Public Prosecutor announced that there were many more victims, after a massive amount of child pornography was found on his computers.

A total of 24 girls were identified in the child pornography. Most of them were of primary school age. One victim is B.’s niece, who was 3-years-old at the time of the abuse. Most of the victims didn’t realize they were being photographed.

In total over 35 thousand images of child pornography were found on B.’s computers and data carriers. The man claims that there’s no more, but the Public Prosecutor doubts this. Just before his arrest, the man managed to destroy and dispose of multiple hard drives, the Prosecutor said.

Experts determined that B. has a pedophilic disorder and is not completely accountable for his actions.

The Public Prosecutor demanded five years in prison against the man. The court decided to give him a shorter sentences, with institutionalized psychiatric treatment. In order to prevent recurrence, it is important that the man receives long-term and intensive treatment, the court ruled. A shorter prison sentence means that the treatment can start sooner. The court also ordered the man to pay compensation to 15 of his victims. The amounts range between 750 and 6,200 euros.

B. confessed to some of his crimes. He expressed regret and feels that he must pay for what he has done, he told the court. He agreed that he needs treatment and said he is willing to cooperate, according to the newspaper.

How does a pedophile have a mental disorder any more than a rapist or a murderer?  It’s a disorder when it’s convenient for the court to rationalize giving yet another pedophile a light sentence.  After all, how will they ever know if their psychiatric treatment is successful if they don’t release the pedophile back into society and see if he’s cured?

The Dutch don’t believe it’s necessary to ban the possession of a “how-to” manual to help pedophiles lure and abuse children, so it is completely consistent that they don’t believe pedophiles are responsible for their own actions.  After all, pedophiles have an extremely high rate of recidivism, which is apparently proof that the just can’t help themselves, so why bother punishing them?

This pedophile is lucky he’s lives in such a liberal atheistic country that protects its pedophiles instead of Christian Poland which recently doubled the prison time for each count of pedophilia.  For those 24 kids he molested, he’d be spending the next 500 years in prison if he were in Poland with a zero chance of ever harming another child.