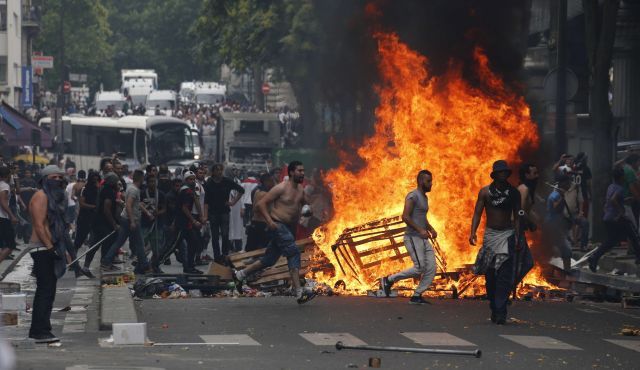 In their continuing effort to better understand why Muslim migrants in The Netherlands are more likely to commit acts of terror than the local White population, “experts” on terrorism may have found the common link–many of them have also been arrested for shoplifting:

Dutch terrorism suspects are often poorly educated, unemployed and have a previous criminal record, according to the Dutch Study Center on Crime and Law Enforcement. Their profile hardy differs from that of ordinary criminals, the researchers conclude, RTL Nieuws reports.

The center looked at the data of 353 terror suspects, almost all the people suspected of a terrorist crime in the Netherlands over the past 14 years. They found that nearly two thirds of the suspects were previously suspected in another crime, like shoplifting or threats. Two thirds only completed primary school, and only 4 percent graduated higher education. And more than half of them are unemployed and on benefits.

The researchers suspect that former criminals who regret what they did are more susceptible to radicalization. They therefore call for better counseling for young people who want to leave a life of crime.

The National Coordinator for Counterterrorism and Security agrees that crime and terrorism are indeed intertwined. That is extra worrying, because terrorists could use their old criminal networks to get weapons and finance their terrorist action out of criminal wealth, the coordinator said, according to RTL.

Because of strict political correctness, Dutch authorities are not allowed to ever state the obvious truth–that Arabs are much more likely to be terrorists because they are Arabs–who also happen to hate White people and their culture.  Instead, their bad attitude must be caused by “poor education” and “petty crime.”

Of course, native Dutch shoplifters show no increased propensity to carry out terrorist attacks, but that is irrelevant.

While shoplifting has always been a crime in The Netherlands, perhaps authorities should consider a move to decriminalize it–the idea being that if Muslims are no longer arrested for shoplifting, they will be less likely to commit acts of terror.