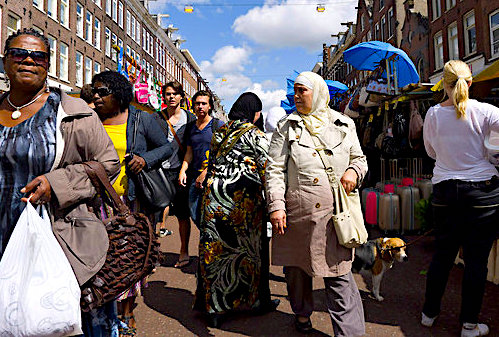 The Dutch government will announce multiple measures aimed at tackling the housing shortage on Budget Day, including a fund of 1 billion euros in subsidies for municipalities starting new building projects, and housing corporations who build new homes will receive up to a billion euros in tax discounts:

The transfer tax exemption is still being tested for feasibility, according to the newspaper’s sources. The government is also looking into whether landlords and real estate investors can be taxed more when they purchase properties.

The fact that the housing shortage is reaching epic proportions is clearly dawning on the government, according to the newspaper. Minister Kasja Ollonger of Home Affairs described it as a “housing crisis’. According to the Minister, there is currently a shortage of nearly 300 thousand homes. Her goal is to build around 75 thousand new homes per year by 2025, but that target was not reached last year and will likely also not be reached this year.

The government is therefore setting up a construction fund with “a maximum of one billion” euros in subsidies, with which municipalities can be enticed to designate more locations for new construction by making it profitable to do so. Similar funds were set up in the past, for example for the development of vinex neighborhoods, though with significantly more money. Municipalities and builders have been calling for the re-establishment for such a subsidy pot for some time, according to the newspaper.

The Rutte III government is also taking steps in other areas. The government wants housing associations to play a greater role again. The so-called landlord’s tax, a tax on social rental housing, will therefore be cut again. Housing corporations who start new construction projects can receive a discount on this tax of a total of one billion euros over the next ten years – an average of 100 million a year. The total landlord’s tax fluctuates around 1.7 billion a year, which makes the discount a modest amount. But the government hopes that this will prompt corporations to start building again.

The limited supply on the rental- and owner-occupied market combined with the rising house prices means that first-time homeowners and middle class households have an increasingly difficult tie finding an affordable and suitable home, especially in the cities. Mortgage adviser De Hypoteker recently calculated that the average Dutch worker can only afford 6 percent of the homes currently on the market.

Nowhere does this article, of course, mention the root cause of this housing crisis, which is an invasion of Third World freeloaders and criminals.  A vast majority of these “New Dutch” immigrants live off government handouts which are so generous that they lack any and all incentive to get off the “giverment” dole.  And these migrants have made housing unaffordable for actual hard-working ethnic Dutch whose tax revenue is essential to keeping this welfare Ponzi Scheme afloat.

Migrants always flock to the cities where everything is provided for them and they can set up their ghetto “no go zones” that even the police are afraid to enter.  Those ghettos used to house hard-working White families which are now being pushed further and further out into the suburbs, far away from their jobs.  But they won’t complain because it makes them feel good to know that the sacrifices they are making for this multi-racial Utopia will be appreciated with more bombings, murders, and rapes.