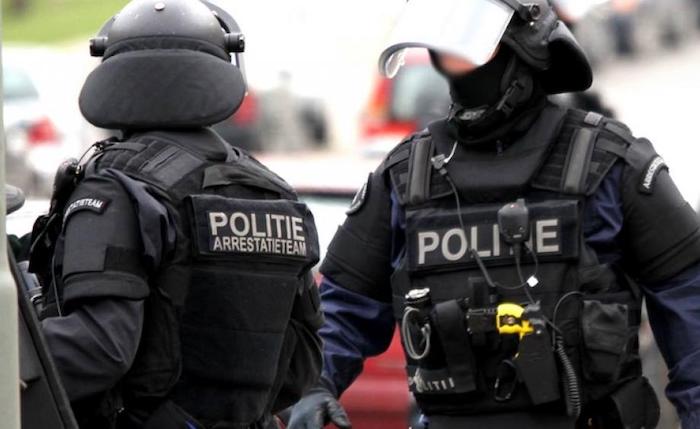 The Mayor of Amsterdam, Femke Halsema, expressed “hope” for the New Year, despite the city and country being rocked by Muslim violence over the New Years’ holiday:

Official figures released by police in the Netherlands showed that officers were assaulted 59 times during New Year’s Eve and New Year’s Day earlier this week. That number is more than double the 27 incidents reported a year ago.

In total, 328 arrests were made over the New Year’s period this year, which is down about 11 percent. Of the 327, 250 were turned over to the Public Prosecutor’s office. That figure is slightly lower than last year’s 254.

“Apparently, a group thinks it’s normal to misbehave, and lob fireworks at police officers and aid workers,” Deputy Police Chief Henk van Essen told AD. “I find it incomprehensible that people assail those who take care of safety during, what should be, the biggest party of the year.”

The drop in crime is surprising considering the 12 percent increase in fireworks-related police incidents.

“There is also a clear increase in dangerous behavior regarding fireworks,” Van Essen added.

Violence has become a normal part of life in Amsterdam in the wake of the Muslim invasion of the Netherlands.  But you would never know that by reading the news, as it is strictly forbidden to even report the names of criminals anymore because that would reveal their race, and race officially has nothing to do with crime.  The attacks against police, firefighters, and EMTs by Muslims is not racial, although it never happened prior to the Muslim invasion.

The police in Rotterdam busted a Muslim terror cell that was planning a New Years attack, but this will not deter the Dutch from their relentless pursuit of diversity.  Instead of robbing banks, Muslims are using hand grenades all over the Netherlands in attempts to rob ATM machines.  Drug trafficking is on the rise, and the drug trade in Ecstacy is becoming so wide-spread that authorities have considered not prosecuting the Muslim dealers who dominate the market.  Meanwhile, the government is having to spend millions to reduce “radicalization” of potential Muslim terrorists.

No wonder the Mayor feels “hopeful” for the New Year.