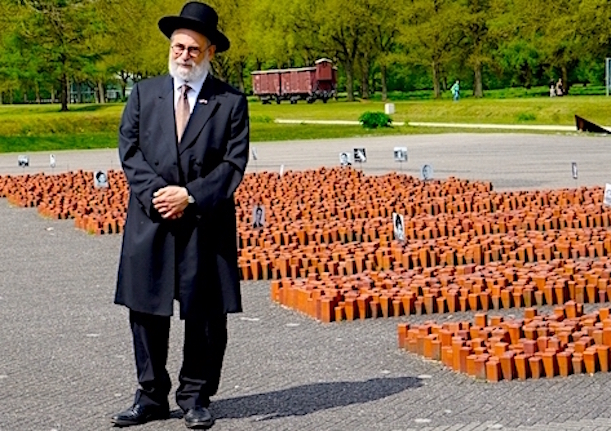 Citing threats of violence by Dutch Jews, a local Holocaust museum cancelled an event devoted to raising awareness of the plight of Syrian refugees:

The director of the Memorial Center Camp Westerbork, Dirk Mulder, announced Monday the cancellation of the event titled “Night of the Refugee” which was slated for his museum in June. Jewish groups and activists protested the planned event as inappropriate in that it draws parallels between the systemic genocide against the Jews and the situation facing some immigrants today.

Mulder has rejected this claim, recalling how Westerbork was originally built by the Dutch government for Jewish refugees from Germany, before the Nazis turned the compound into a concentration camp.

The Dagblad van Het Noorden quoted Mulder in an interview as saying that the threats over the event came from anti-immigrant activists and the Jewish community. RTV Drenthe quoted him as saying: “The threats came from two places: People who are strongly opposed to refugees and on the other hand you have the Jewish circle.”

On Twitter, Hidde J. van Koningsveld, who heads the CiJo pro-Israel group, called on Mulder to “substantiate with evidence his accusation against Jews, or retract it.”

RTV Drenthe removed the allegation from some of the reports on the issue.

Threats and violence by Dutch Jews are extremely rare.

Jews are all for unrestricted immigration into Holland just as long as their “plight” is in no way compared to the legendary suffering of the Jews during WWII when over 50 million non-Jews were killed.

It’s fine to have sympathy for the non-White invaders just as long as it doesn’t interfere with the primary object of everyone’s sympathy: the Jews of Europe.

Holocaust Museums teach general “tolerance” for all “ethnicities” (except for Whites), but just as long as people don’t lose sight of the fact that sympathy for refugees ultimately means sympathy for Jews.

The Jews who threatened the Holocaust Museum with violence will not face any charges, of course, because Dutch Jews are “rarely” violent, suggesting that this museum’s pro-migrant event really “triggered” these Jews, so they are not entirely to blame for how they behaved, as usual.

We must all remember: Jews do nothing wrong, even when they threaten violence if they don’t get their way, or something like that.

As long as Jews continue to insist that jewish suffering takes precedence over all other human suffering, there is no hope that ‘antisemitism’ will abate, let alone disappear.