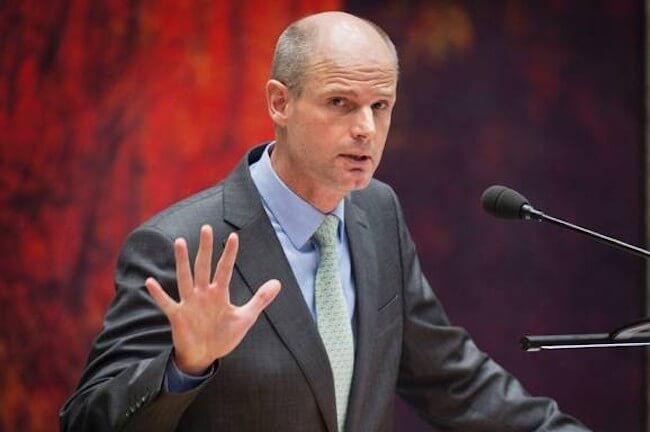 A Dutch foreign minister caused a fresh controversy by pointing out the obvious recently:

Dutch foreign minister Stef Blok is under fire after making a string of controversial comments about immigrants and refugees as well as saying he is unaware of any successful multicultural societies.

The comments were made by Blok at private meeting with Dutch nationals who work for international organisations. One of the participants has given television current affairs programme Zembla mobile phone footage of the event.

The source, who wants to remain anonymous, told Zembla many of the participants were shocked by the minister’s words.

‘I have asked my ministry this and I will pose the question here as well,’ Blok said. ‘Give me an example of a multi-ethnic or a multi-cultural society, in which the original population still lives, and where there is a peaceful cohabitation. I don’t know one.’

When one member of the audience suggested Suriname, Blok described the former Dutch colony as a ‘failed state’. ‘And that is largely to do with the ethnic divisions,’ he continued.

Singapore, another example raised by the audience is ‘a mini-country and highly selective in terms of immigration,’ Blok said. ‘It does not let in poor migrants. Well yes, to do the cleaning.’

Blok clearly has a firm grasp of the obvious – all studies support his observations. Multiracial societies have high levels of distrust and lack of sympathy among its different members. In order to make these “diverse” societies function, political correctness must be enforced with draconian laws and serious punishments to shut up all dissenters.

There is no example throughout recorded history where a society didn’t collapse once it became multiracial or “pluralistic”.