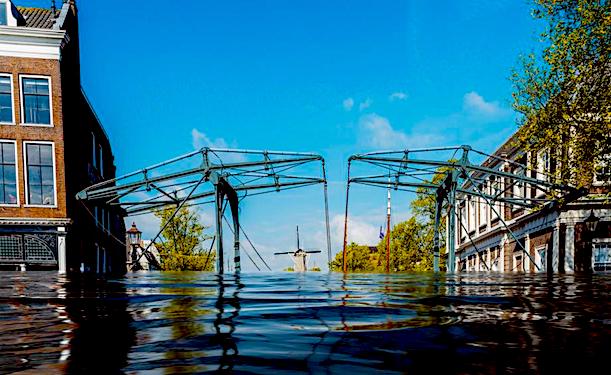 If CO2 levels continue to increase, fear mongers claim the sea level in the Netherlands will rise 84 centimeters by the year 2,100, causing catastrophic flooding in the country, according to findings that the UN climate panel IPCC published on Wednesday:

As the Delta Works only protects against a sea level rise of 40 centimeters, that will leave the Netherlands 48 centimeters under water, researcher Marjolijn Haasnoot from Deltares said to NRC.

The rising sea levels are due to global warming and melting icecaps. The IPCC estimation of a sea level that is 84 centimeters higher by the end of the century, is 10 centimeters higher than was thought in 2013. According to the report, which is based on the research of hundreds of scientists, the annual rise in sea level has now risen to 3.6 millimeters.

If things continue at this rate, the sea level will be 4 meters higher by 2300. The only way to keep the rise below 1 meter is if greenhouse gas emissions are drastically reduced and global warming is limited to 2 degrees Celsius compared to the pre-industrial era – the same goal set in the 2015 Paris climate agreement.

“It is remarkable that the IPCC, which always comes with conservative expectations, now also clearly states that it can be much worse”, Haasnoot said to NRC. “An increase of 2 meters in 2100 is not at all unlikely. This means that we have relatively little time for major necessary adjustments. Larger than the Delta Works that we have been building for 30 years. They increased the protection of the Netherlands by 40 centimeters.”

The IPCC also stressed that countries with a so-called ‘low risk tolerance‘, like the Netherlands, would to well to take the worst case scenario into account. “The uncertainty about the future sea level rise must not cause you to do nothing”, panel said. “Precisely because the increase can go very quickly, it is wise to take timely adaptive measures. That means that you have to think in time about, for example, extra space for wider dikes or much more sand replenishment for the coast to be able to guarantee safety and fresh water supplies.”

Historically, more people have died in the Netherlands from flooding than from wars, which makes sense considering the entire country is built on former swamp land and is protected from rising sea levels only by a sophisticated systems of dikes.

The 1st Century Roman historian Pliny described what life was for early settlers of this land before the dikes were created:

“There, twice in every twenty-four hours, the ocean’s vast tide sweeps in a flood over a large stretch of land and hides Nature’s everlasting controversy about whether this region belongs to the land or to the sea. There these wretched peoples occupy high ground, or man-made platforms constructed above the level of the highest tide they experience; they live in huts built on the site so chosen and are like sailors in ships when the waters cover the surrounding land, but when the tide has receded they are like shipwrecked victims. Around their huts they catch fish as they try to escape with the ebbing tide. It does not fall to their lot to keep herds and live on milk, like neighboring tribes, nor even to fight with wild animals, since all undergrowth has been pushed far back.”

If it weren’t for these ingenious dikes, the Netherlands would be under 5 feet of water without “global warming,” so we know they are perfectly capable of protecting themselves from any additional sea level changes caused by the collective tears of all the world’s bolshevik global warming cult. 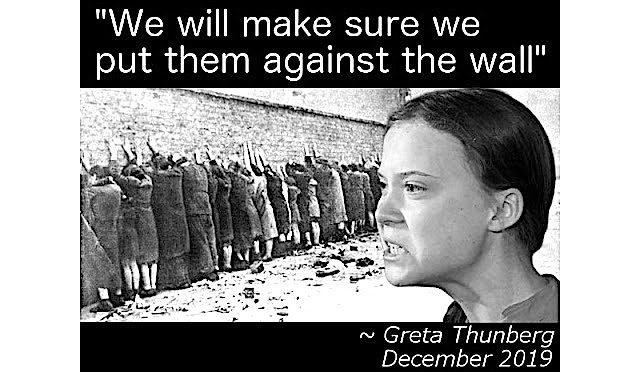