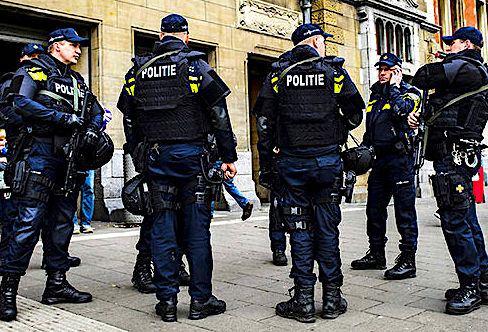 The Amsterdam police have announced that their special investigation team which targets serious organized crime is being disbanded allegedly ‘due to staff shortages‘.

The 30 police officers who work in the team will be transferred to other departments by the end of the year, AD reports.

Jan Struijs of police union NPB calls the decision “undesirable”. According to him, the team is “crucial in the fight against organized crime”. Police officers in the team are also baffled. “There is a lot to be done at the moment about undermining, drug problems and assassinations in the city”, one of the officers involved said to AD. “And just then we have to stop.”

Amsterdam has been the scene of multiple violent murders this year, the most high-profile of which was the murder of defense attorney Derk Wiersum in front of his home in Buitenveldert on September 18th. The authorities believe he was assassinated because he was representing a key witness in the case against the drug-centered criminal organization allegedly led by Riduouan Taghi. Amsterdam and other cities complained that extra security measures taken after Wiersum’s murder are coming at the expense of police capacity.

There were also a series of violent incidents in Amsterdam Zuidoost in July and August, a number of which were linked to drug crime. In the summer professor of public administration Pieter Tops and investigative journalist Jan Tromp concluded in a study that Amsterdam is losing the fight against organized crime.

Nationally, police units are all complaining about being understaffed and overworked. On Thursday the police unions will present a study on police officers’ workload. The unions call on politicians to make a clear choice about which tasks the police must be responsible for. If no measures are taken to relieve pressure on police officers, the unions are threatening with labor actions.

Of course, the police won’t disband their special unit that investigates online ‘hate crimes’ such as politically-incorrect comments  about jewish power and Muslim rape gangs on Facebook.  That unit will continue to have unlimited staff and funding, of course.

Clearly, Amsterdam has been unofficially designated as one of the organized crime capitals of western Europe, and some very (((powerful))) people don’t want their drugs, guns, and human trafficking empire disrupted by honest police officers who actually take their jobs seriously.

Yesterday, a hand grenade was left on the steps to City Hall in Haarlem, a clear message of intimidation from these migrant criminals to the spineless government.

Unless the Netherlands declares martial law and the army literally takes back the streets with tanks and overwhelming firepower, the inner cities will remain in the hands of these violent migrants.

But then again, the only way to “keep the peace” in a multi-racial society is by enforcing it at the end of a barrel of a gun, which was part of the plan from the beginning.