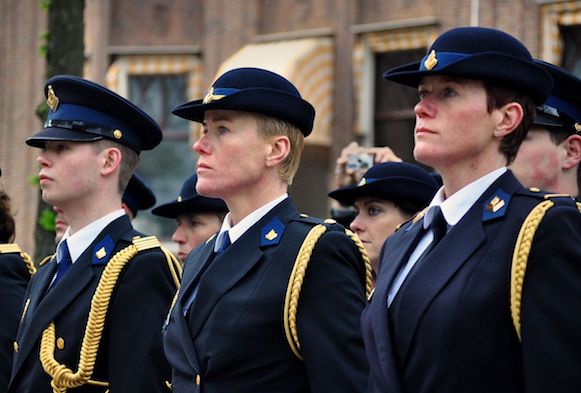 In the Netherlands,  because it is virtually illegal to notice someone’s race, let alone to attribute certain behaviors to their ethnicity, the police are having to break their own laws that protect a person’s racial identity in order to increase diversity in their ranks:

The Dutch police make note of the origin of all police employees to make sure that diversity increases within the corps, Lute Nieuwerth, head of diversity at the police, said in an interview with the Volkskrant.

According to Nieuwerth, the origin of employees is stored in such a way that it can not be traced back to individuals. The registration is to gain insight into how diverse the police force is, he said.

National Police Chief Erik Akerboom’s aim is for a quarter of the new recruits to be of a minority background. Currently about 20 percent of the inflow have a non-Western background.

Officially it is illegal in the Netherlands to register employees’ origin. But a spokesperson or the Dutch Personal Data Authority told the Volkskrant that such data may be stored if it really is not traceable to individuals.

We are not to notice the color of someone’s skin unless it is used to artificially promote them ahead of better-deserving Whites.  It’s okay to break your own rules if it furthers your “well-intended” agenda, or as Machiavelli once observed, “The ends justify the means.”  In order for a collectivist “global” multicultural society to function, it needs to be monitored 24/7, and anyone who strays off-program needs to be swiftly punished or even jailed until they “get their minds right.”

This self-monitoring has gotten so bad in western Europe that rape victims are afraid to identify their rapists out of fear that they will be smeared as racists.  After all, only a racist would notice the race of the big Black man who is brutalizing them.  What’s important to notice is the act itself, not the person perpetrating it.  For the totalitarian society to succeed, all Dutch people must feel that they are being watched continuously, and everything they Tweet can and will be used against them when convenient for authorities.