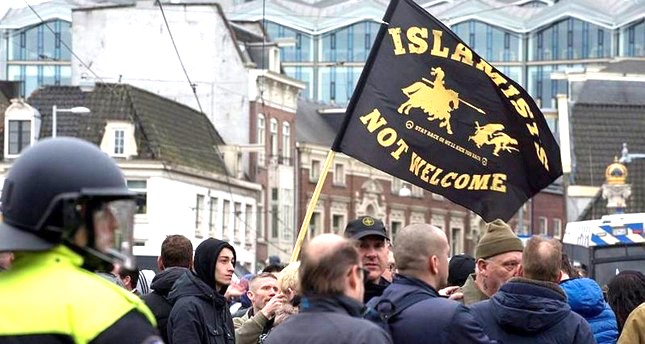 The Volkskrant spoke to 25 municipalities who are receiving money from the Ministry of Justice and Security for the so-called PGA program – the person-oriented approach to the prevention of radicalization and extremism. In the usual approach to this program the police, intelligence services, municipal authorities and health authorities like the rehabilitation services and youth care work together to monitor radicalized Muslims. The measures used in the program vary from a community police officer visiting a person of concern to compulsory guidance to work and education. In some cases the judiciary can also impose restraining orders.

The Ministry spent 6 million euros annually on the PGA program since 2015. The lion’s share of that amount goes to the municipalities of The Hague, Amsterdam, Utrecht, Rotterdam, Delft, Arnhem and Gouda. According to the newspaper, these municipalities generally count as the areas where most foreign rebel fighters in the Syrian civil war come from.

The PGA program received a lot of praise over the past two weeks following the arrest of seven men suspected of planning a terrorist attack in the Netherlands. These suspects form part of the group of radicalized persons Arnhem is monitoring. According to Marcouch, 34-year-old Hardi N., believed to be the center of this group, and two Amsterdam residents could be arrested because the municipality promptly conveyed concerns about their behavior and contacts to the intelligence services.

So the Dutch are wasting millions of White taxpayer euros to monitor people they know are potentially willing to carry out terror attacks against the public.  None of these suspects are ethnic Dutch citizens — all of them are new immigrants.  But because the police are more concerned about the “civil rights” of these potential terrorists than they are about the safety of the Dutch people, they will merely watch these suspects until they actually carry out an attack, and then claim there was nothing legally they could do until they actually committed a crime.

The real crime is allowing any Muslims in the Netherlands at all.  The Netherlands is historically a Christian country, and Christianity has no common ground with Islam.  Contrary to the false claims of the “monotheists”, Christians and Muslims do not worship the same god, and the Bible and the Koran contradict each other on every page.  Any attempt at integrating Islam into a Christian nation will ultimately result in open violent conflict — we saw this during the Muslim conquest of Spain over 1,000 years ago.  Spain ultimately kicked out the Muslims, and that’s what the Netherlands will also have to do if it has the will to survive this new invasion.