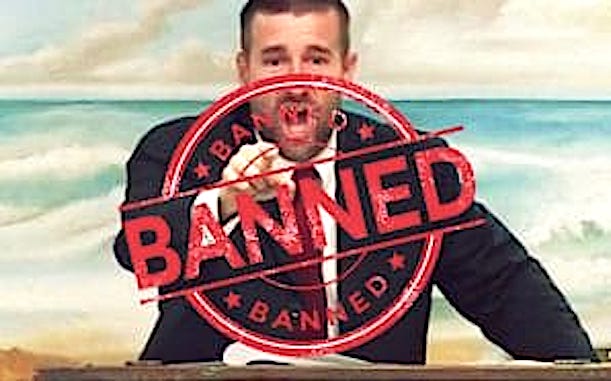 Amsterdam’s radical jewish mayor Femke Halsema and a majority in the Tweede Kamer, the lower house of Dutch parliament, are exploring ways they could block anti-queer Christian preacher Steven Anderson visiting the Netherlands:

The American preacher plans to do some “soul winning” and give a sermon in Amsterdam on May 23rd.

The Baptist preacher is known for extremely hateful statements about LGTBQ people, among other things. He once said that LGBT stands for ‘Let God Burn Them’. And after a mass shooting at a gay bar in Orlando in 2016, in which 50 people were killed, Anderson called it “good news that there are 50 fewer pedophiles” in a YouTube video.

He is also vehemently anti-abortion, wanted President Barack Obama dead, and is known to question the evidence of the Holocaust, according to NOS.

Halsema called it “very undesirable” that Anderson will visit Amsterdam, Het Parool reports. “His statements are offensive and an attack on the freedom of the LGBTQ community“, the mayor said in a statement. She is working to find out what the preacher’s plans are and whether he was invited by someone or coming to Amsterdam on his own initiative.

She is also working with the police, the Public Prosecution Service and the national government to look into what measures can be taken.

The city council will discuss Anderson’s visit on May 8th.

The Tweede Kamer is also against the man’s planned visit. “We must not give preachers who spread hate and violence any room and, as far as I am concerned, he must stay home”, CDA parliamentarian Lenny Geluk said to Het Parool.

VVD parliamentarian Dilan Yesilgoz tweeted: “Hate preachers come in all forms. This dangerous ‘preachers’ thinks, among other things, that gay people must burn and that the bloody attack on a gay bar in Orlando was ‘god news’.”

D66 MP Vera Bergkamp told NOS that this “hate sower is a major danger to the values that we stand for in the Netherlands: we are equal, tolerant.”

“We believe that there can be no stage for hate preachers who turn against the rule of law and call for violence. It does not matter if they are from Christian, Muslim or other homes”, ChristenUnie parliamentarian Nico Drost said to the broadcaster.

The PvdA and SGP also want the American to be stopped at the border, because he calls for or justifies violence. GroenLinks parliamentarian Kathalijne Buitenweg said on Twitter that freedom of speech is a great asset, but the line is drawn when someone calls for hatred, violence and discrimination.

LGTBQ interest group COC Nederland called on the government on Tuesday to deny Anderson access to the Netherlands. The center for information and documentation on Israel, CIDI, joined the call on Wednesday. The Ministry of Justice.

Under Halsema’s mayorship, Amsterdam has become more “diverse” and more violent than it ever has been in its history.  Record numbers of violent crimes and rapes by queer-hating Muslim migrants don’t seem to bother Halsema, who gives these migrants a free pass while she obsesses about blocking one Christian pastor from visiting the country.

Like all jewish feminists, she’s willing to sacrifice White Dutch natives to rape and murder if the liberal agenda moves forward.

But one has to wonder if Halsema is actually concerned about Anderson’s anti-LGBT stance, or rather his anti-jewish, anti-Zionist Christianity which, as this article points out has reached the ears of the Israelis.

Not only that, Steven Anderson has even gone so far as to, gasp, claim that all Holocaust survivors are ‘paid liars’, and when he’s not doing that, he’s advising his parishioners to read Martin Luther’s treatise, “On The Jews And Their Lies”.

But what makes Anderson even more problematic is that he’s admitted he has jewish ancestry himself, which makes him more difficult to smear as an ‘antisemite’.

Which is why they make it sound like he could single-handedly plunge the Netherlands into civil war if he isn’t censored and banned.