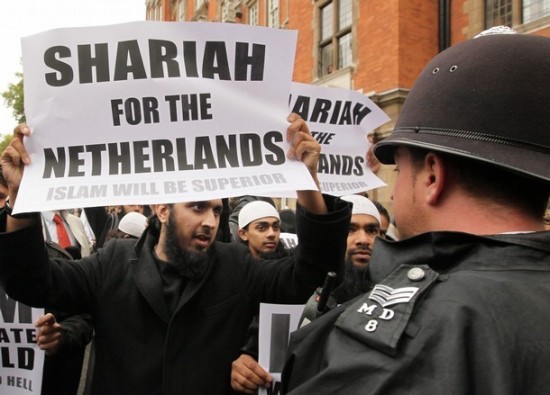 In the wake of a recent thwarted Muslim terror attack, the Dutch government announced that it plans to launch a new hotline service for citizens to report any disturbing behavior they observe:

A national hotline will be established in the Netherlands for people who are worried about someone showing disturbed behavior, State Secretary Paul Blokhuis said in a letter to parliament. That number will be available 24/7, and people who call it will get into contact with health professionals from a special reporting and advice point in their own region, NOS reports.

This hotline follows an investigation by a team led by mayor Onno Hoes of Haarlemmermeer. Currently neighbors, family members or bystanders confronted by someone showing disturbed behavior often call the emergency number 112, while the police are not qualified to handle many of these reports. “This is a great step forward for everyone who is worried about someone, but does not know where to find expert help quickly”, Hoes said about the hotline. “I am convinced that this will help many people.”

When exactly the hotline will be established, is not yet clear. There are still a number of issues that need to be sorted out first. For example, not all regions currently have a hotline that can be reached 24 hours a day. Two thirds of Dutch municipalities believe that they have the largest part of a well-functioning approach to helping people that show disturbed behavior in order, the other third is not there yet. Other stakeholders, healthcare providers foremost among them, think that the municipalities are too optimistic.

Blokhuis is still positive about the progress. “I am satisfied with where we are now, in all regions attention is paid to people with disturbed behavior”, he said in his letter. Hoes is also optimistic. He sees “a clear acceleration of activities in regions and municipalities”.

According to Hoes, one of the biggest challenges is the large number of parties that need to cooperate in this approach – healthcare institutions, municipalities, police, housing corporations, to name a few. The financing to help someone showing disturbed behavior also often has to come from many different budgets. Hoes calls for creating one budget per municipality from which all aid and support is paid.

But most importantly, according to Hoes, is focusing on a more person-orientated approach. There are many examples of situations in which disturbed people are not given care if they display behavior that is part of their specific situation, he said. “People with an addiction are sent away from a reception center because they are under the influence. People with aggression problems are not allowed to go to a mental healthcare provided. That while continuity of support is essential.”

This “public safety” program is nothing more than another brick in the road to creating a Soviet-style snitch society where everyone is under surveillance.  They claim that people who are behaving in a “disturbing” way will be reported, but it will actually be the opposite — people who are easily “disturbed” by others’ behavior will use this hotline to report behavior — and disturbing opinions — they merely do not like.

Of course, to any sane White person, the sight of any non-Whites, especially obvious Muslims, living freely in their White society should be disturbing, but that’s not what they are going for here.  Somehow Whites are supposed to discern “normal” Muslims from “suspicious” Muslims — good luck with that.  No doubt this hotline will merely create lawsuits and investigations into “racial profiling,” and will have to be suspended.