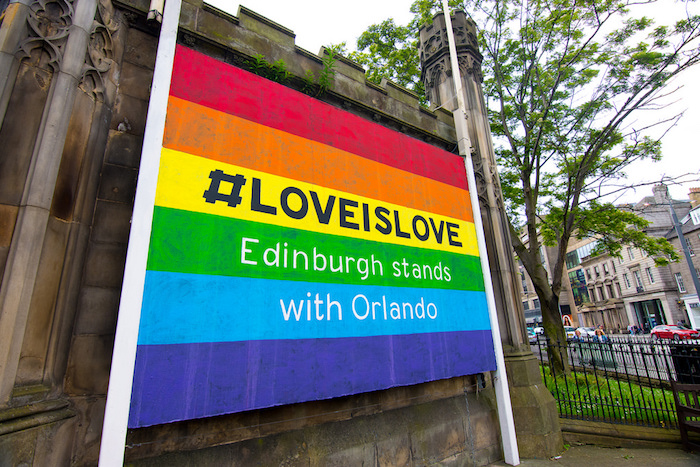 Drawing on the Medieval tradition of forcing Jews to wear Star of David badges so that Christians could easily identify them, officials at the University of Edinburgh are requiring incoming students to wear gender ID badges to ensure that no one’s feelings are hurt by the insensitive use of “he” or “she”:

Edinburgh University student union officials will hand out pronoun badges to freshers so they know whether to refer to each other as “he”, “she” or “they”.

The move is intended to avoid any potential “misgendering” of non-binary or transgender students who may display the physical attributes of one gender, while associating more closely with another or none at all.

Kai O’Doherty, the vice president for welfare at Edinburgh University Students’ Association, announced that pronoun badges will be available throughout “Welcome Week”, which takes place before the official start of term next month.

The students’ union also published a guide to pronouns, which explains why it is important to “normalise” the practice of sharing gender pronouns.

The guide explains that making these assumptions can be “frustrating and harmful” for transgender on non-binary students, who may in fact prefer to use gender-neutral pronouns.

Of course, no one today–if they wanted to keep their job–would suggest that Jews be required to wear a Star of David to identify them. Yet liberal Jews have no problem forcing people to wear gender ID badges simply because there may be a remote possibility that someone with gender dysphoria might be offended by being mistaken for psychologically healthy.

It’s hard to imagine the psychological torture that gender-confused people must go through on a day-to-day basis, and even though there may only be 10 of them in the entire city of Edinburgh, the rest of the residents there should be more than willing to do whatever it takes to make them feel “normal”, as if that is even within the realm of possibility.