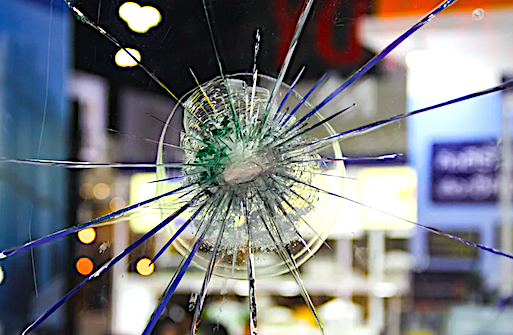 After bingo-playing pensioners were attacked last year with rocks in the problem area of Kronogården, bullet proof windows are now being installed in their apartment building:

In September 2019, members of the pensioners national organization had just finished playing Bingo and were leaving the building when they were attacked by children throwing rocks and calling them foul names.

The attack was caught on video and caused uproar on social media.

“We don’t remember having any conflict with these youths. We just want them to stop destroying and harassing” Lars Ove Blomryd, chair of the local pensioner organization told SVT.

After the attacks, the children did apologize and came with gifts of flowers and chocolate.

However, the attacks have continued. Around the new year some 28 windows were shot with some form of air gun.

“They should handle a lot of vandalization. We have spent a lot of money to change windows. That is why we now decided to spend a little more this time” said Kristina Hedman of Trollhättan municipality where Kronogården is located.

The chair of the pensioner organization says that members are now feeling unsafe.

“The youths destroy the area, they scare people. But it is a very nice building. If you could lift it with a helicopter and put it in a different area, that would probably do good” said Lars Ove Blomryd.

Kronogården is a notorious problem area in Sweden, and is listed by Swedish police as 1 of 60 “vulnerable areas” in Sweden. Some people call these areas for “no-go zones”.

These migrants cannot be reasoned with, as the Swedes have foolishly attempted to do.  They cannot be convinced that their violent, anti-social behavior is ‘bad for society’.

The only thing they will understand and respect is overwhelming force used by the policy and military if need be.

Attacking the vulnerable elderly population should be a serious crime with mandatory jail time regardless of the age of the perpetrator.  These are not White kids, and yes, there is a difference.

Sweden has imported the Third World and naively expected to ‘convert’ them or ‘socialize’ them into generic, law-abiding Swedes of the future.

This migrants grew up in countries where the police were violent and corrupt — and they learned to avoid them, but they know that the police in Sweden are more like guidance counselors than actual police officers, and they absolutely do not fear them in the least.

This experiment in diversity in Sweden has failed.  The question is how many Swedes will have to die before they realize what the rest of the world has already figured out?