Electronic Voting Machines Not Secure Enough to Use in Israeli Elections 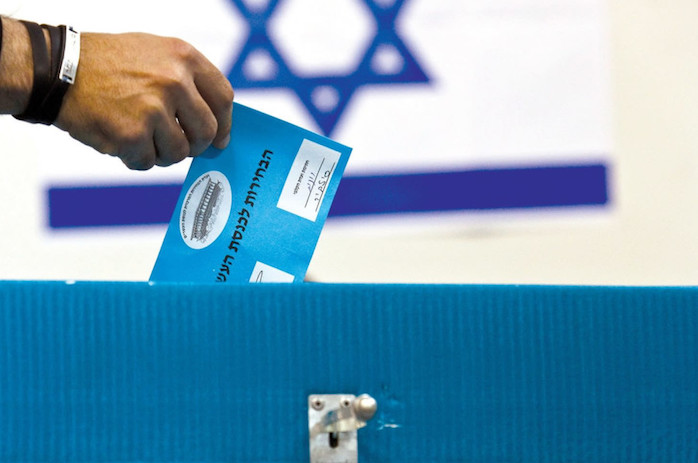 While U.S. election officials and politicians claim electronic voting machines are safe and secure, Israel has yet to implement them out of concerns that they are vulnerable to hacking:

Israel is the Start-Up Nation and cannot get enough of integrating hi-tech into our lives.

Along with that, if electronic data is the wave of the future and could solve issues for all kinds of people who find it hard to get to their local voting spot, how come Israel has not switched to electronic voting like many other countries?

Though pre-2016, there were general concerns about unpredictable variables and needing to study the issue for potential risks, the hacked 2016 US election changed the terms of the debate.

If the 2000 election in the US ushered in an era where most experts wanted to move toward electronic voting, and the only questions were how and how soon, the 2016 US election has completely reversed the trend.

In 2000, George W. Bush won a razor-close election in which many thought that confusion regarding the non-electronic ballots in a small number of Florida voting districts may have swung the entire result in his favor.

But the 2016 election’s revelation of larger electronic vulnerabilities, which even what had been feared in the past, swung momentum against electronic voting.

Israel Democracy Institute senior fellow Dr. Tehilla Shwartz Altshuler told The Jerusalem Post on Sunday that Israel is holding off from switching to electronic voting due to “the vulnerability to cyber-attacks and manipulation.”

The fears in Israel are so strong following the 2016 US election, ongoing issues through the US 2018 midterm elections, hacking and election manipulation in German elections and elsewhere – that the hold on moving toward electronic voting may be more of an ending of the idea.

It is true that the Central Elections Commission can turn to the National Cyber Authority, which Altshuler referred to as having parallels to the Shin Bet (Israel Security Agency), to defend against cyber-attacks.

However, she said that the severity of the harm that could be inflicted on the country if “the public’s faith that the elections are fair is undermined and if people worried about if the vote totals were manipulated” presents too great a risk…

With all of the work that the US has put into defending its 2018 midterm election systems from cyber-attacks since the 2016 election, she said that many states are concerned the protections are insufficient and that the trend is to go back to non-electronic paper ballot voting.

Altshuler said that, “Israel moved too quickly and did not think enough about the consequences” of moving other areas of life into the electronic sphere, and should not make the same mistake with voting.

She gave the national biometric database and the country’s medical databases as examples of systems which were not as secure as people had assumed they would be.

There are companies such as eVote and politicians like Moshe Feiglin who are still pressing the issue, but they are now going against the current, Altshuler said.

Addressing the pro-electronic voting arguments that it could help soldiers, disabled persons and the elderly, as well as heavily reduce the manpower and resources expended for elections, she said that these issues were important, but still paled in comparison to the cyber security issue.

Further, Altshuler said that even without turning to electronic voting, elections are already stuck with a number of electronic problems to address because of false social media campaigns, either by foreign countries or even competing parties.

If the Israelis who are the so-called world’s experts on “security” don’t think these electronic voting machines are secure, why is the U.S. still using them?  The answer is simple: the U.S. uses insecure voting machines for the very reason that they are hackable, and any desired results can be created through back doors in the software.  Voting watchdog groups have proven beyond all doubt that many U.S. election results have been fabricated — and they’ve demonstrated how the fraud was perpetrated.

And it’s not Russian and Chinese hackers that we should be concerned about — it’s the Israeli Mossad and their teams of cyber security experts that are the greatest threat to our voting systems – as we pointed out here.  Israel doesn’t use these systems because they know they can be hacked because they are the ones doing the hacking, and they, of all people, should know what they’re talking about.  Thus, when our election results are made public, you can be assured not that they are genuine but rather that they are certified kosher.