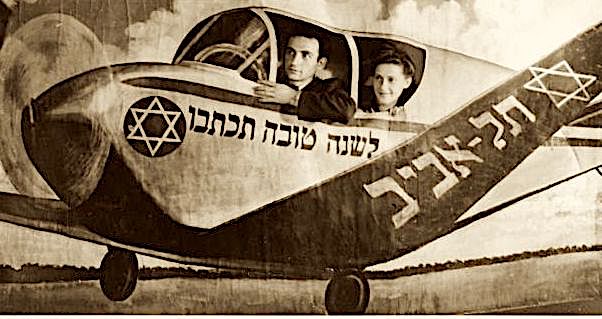 Jews have promised to leave the UK en masse if Jeremy Corbyn is elected Prime Minister next month, a senior Conservative Party member lamented over the weekend:

James Cleverly, chairman of the Conservative Party’s delegation in Parliament, told The Telegraph over the weekend that many British Jews would flee the country if Corbyn “got anywhere near the levers of power.”

The MP added that such a mass exodus of Jews from the UK could be devastating for the British economy.

“Some of those people are entrepreneurs and business people, the kind of people that fill the coffers of the chancellor, and employee tens of thousands or hundreds of thousands of people in the UK.”

Cleverly cited conversations with a number of Jewish associates, whom he said had seriously looked into moving abroad if Corbyn comes to power.

“A number of them are Jewish friends of mine who have just said that if he got anywhere near the levers of power, they would be out of here,” said Cleverly.

“I never thought in my lifetime that I would hear that said. And this isn’t just a throwaway comment, these are people who said they have actually looked at going to family in other parts of the world. That is a really horrible thing to hear. And part of my job is to make sure that that doesn’t happen.”

Corbyn, who took control of the Labour Party in 2015, has faced ongoing accusations of anti-Semitism, both over his history of hostility towards Israel and support for anti-Israel terrorist groups, as well as the rise in anti-Jewish rhetoric within the party.

Critics, including the Labour Party’s Jewish Labour Movement, have accused Corbyn of suppressing investigations into Labour members accused of anti-Semitism.

A 2018 poll found that nearly 86% of British Jews believe the Labour leader is anti-Semitic, compared to just 8.3% who believe he is not….

On Sunday, The Guardian published an interview with the Labour leader in which Corbyn reassured British Jews that they had nothing to fear from a Labour government and condemned anti-Semitism as “evil”.

We saw this same political grandstanding in the U.S. when prominent Jews and their lackeys on the Left publicly promised they would leave America if Donald Trump got elected president, and when they got called out on their bluff, they claimed they were going to stay and “help fight” Trump.

Jews have openly bragged that when they get angry, they get their way just like any rich spoiled child quickly learns.

But here we have Jews openly threatening the entire U.K. with economic punishment if they don’t get their way, and yet no one seems to have a problem with this tactic at all.  In reality, without Jews manipulating and dominating the economy through usury and insider trading, Britain’s economy would thrive in the long run.

When 300,000 U.K. Jews threatened to leave if Brexit was approved, as we previously reported, they recanted before the parades had a chance to be organized.