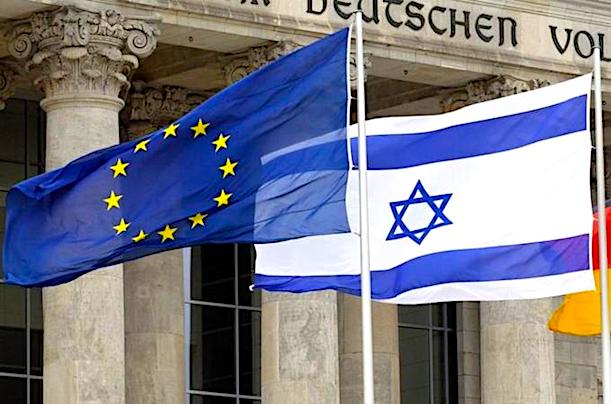 In an online conference targeting antisemitism organized by the German-led EU Council, EU Commission vice president Margaritis Schinas said that “antisemitism is not just a Jewish problem: It’s a European and global issue,” according to the European Jewish Press:

The increasing instances of antisemitism against the Jewish population in Europe have not gone unnoticed, and while being a complicated issue with various systemic manifestations, online hate speech has a main role in encouraging antisemitism in Europe, according to Schinas.

“Antisemitism has no place in the European Union,” he said. “Together with the German Presidency of the Council, we are stepping up our efforts to ensure the safety of Jewish communities, counter the surge of antisemitic conspiracy myths online and invest in education, awareness-raising and research.”

He stressed that the fight against antisemitism will require a comprehensive approach and a joint effort.

“It is clear that to address the issue in all its dimensions, we need a comprehensive approach and increased coordination within and among our Member States,” Schinas added. “It is a litmus test for Europe, in upholding our values and our diversity.”

“We are still not able to compare antisemitic hate crime data across Europe, as methodologies and criteria differ from one Member State to another – and in many countries there is almost no overview of the problem,” Schinas said during the recent conference.

Dealing with a threat whose extent is unknown is problematic, to say the least. “‘’It is imperative that we improve on this,” Schinas emphasized, recognizing the problem.

He noted that as part of the efforts to better match police statistics with civil society and Jewish community data, nearly eight million euros were invested by the EU Commission this year alone. Moreover, Schinas guaranteed to make sure that preventive actions on antisemitism are considered in the framework of the new, ambitious, seven-year Multi-Annual Financial Framework agreed upon recently by EU leaders.

Another challenge relates to the definition of antisemitism and its unified implementation.

“You can’t fight what you can’t define,” Schinas said, referring to the International Holocaust Remembrance Alliance (IHRA) definition of antisemitism, which 18 EU member states have so far adopted. “I would urge all others to move in the same direction, in line with the commitment made in the 2018 Council declaration on the fight against antisemitism.”

Schinas continued to insist on a holistic approach to fighting antisemitism, which will focus on various civil issues such as security and education – and impact everyone, even those who don’t consider themselves as part of the issue. “Antisemitism affects every EU country, even the ones with small or no Jewish communities,” Schinas noted.

“Our Jewish fellow citizens should feel safe and free to lead their lives, work, study, and practice and celebrate their faith like every other member of society,” he concluded. “This is the essence of our European way of life.”

Actually, if European history says anything about its “essence”, it would be that the Jews have been consistently kicked out of every country multiple times because of their malfeasance.

If Europeans were to eliminate all antisemitism, they would be utterly destroyed under the false promises of Jewish bolshevism — which is the ultimate endgame here.

In reality, as long as Jews dominate them and censor Christians, Europeans will never be allowed to live a truly “European way of life” for that is to live a life free of Jewish influence.