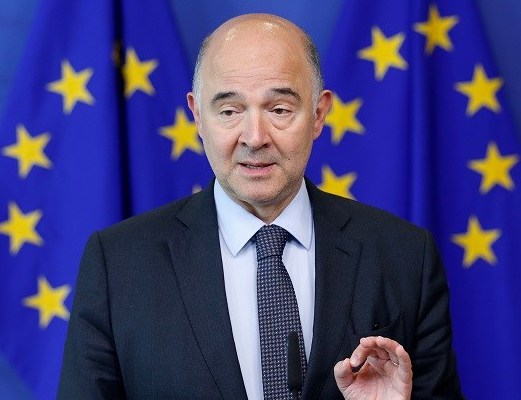 European Commissioner for Economic and Financial Affairs Pierre Moscovici claimed that if anti-populist parties win in the European Parliament elections, “war” could come to Europe:

Moscovici refused to name parties or politicians, but he referred to them as “populists” and “nationalists” during a meeting of the Centre for European Reform.

Moscovici said that nationalists would lobby for national preference that could send European Union into crisis and potentially to “war”.

“If we reintroduce divisions between us, North-South, East-West, and if national preference becomes Europe’s way of thinking, Europe will die,” Moscovici said.

“Without Europe, I’m sure the war can re-emerge here,” he added, before referencing a speech from former French President François Mitterand who claimed, “Nationalism is war.”

In August, Moscovici commented that the results of 2019 European Parliament elections were of the utmost importance, adding that a surge in support for far-right nationalist parties could change the face of Europe:

“A lot is at stake, in the elections. Do we say ‘enough’ or do we push for more? Do we continue to call ourselves ‘European’? Are we capable, in a world ruled by the likes of Trump, Putin and Jinping, to say that we have a European model that is the right mix of economic efficiency a

In September, Muscovici sparked protests over his comments on Europe’s nationalists because he referenced known dictators in history as the best representatives of nationalism:

“There is not – happily – the sound of stomping boots, no Hitler. Little Mussolinis – that remain to be seen. We are at a historic moment. Our history is tragic, we must avoid returning to darker days.”

His remarks were not taken lightly by Italy’s governing parties. Italian Deputy Prime Minister and a far-right leader, Matteo Salvini told the commissioner to “wash his mouth out”:

“EU Commissioner Moscovici, instead of censuring his France that rejects immigrants in Ventimiglia, has bombed Libya, and has broken European parameters, attacks Italy and talks about many little Mussolinis around Europe.”

The EU is the new Soviet Union, and its very existence is dependent on the jewish-controlled media’s ability to continue to convince the populace that national borders and distinct historical European ethnicities are a threat to world peace which is obtainable only if all White countries give up control of their borders and governments to the EU bureaucrats who are new Comintern of Europe.  Make no mistake: the “fall” of the Berlin Wall did not signify the failure of communism — rather, it opened the flood gates to allow communism to spread across western Europe.

The EU’s fragile hold on power will crumble like a house of cards without this constant drumbeat of “fear” in the media.  Europe survived and thrived without the EU for over 1,000 years, despite the major jewish-financed wars and revolutions, and it will continue to survive if Europeans stop living in fear and return to their Christian roots which built this great civilization.  Politics in Europe is dead, and if the answers could be found in the ballot boxes, they would outlaw voting immediately.