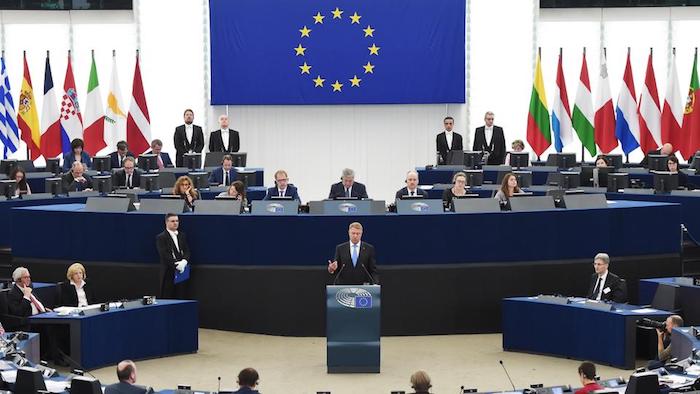 The European Court of Human Rights (ECHR) on Thursday upheld a lower court decision which concluded that calling Islam’s  “prophet” Mohammed a “pedophile” is not protected free speech under current EU laws even if it is historically accurate:

The ruling from the European Court of Human Rights (ECHR) comes after an Austrian national defamed Prophet Muhammad’s marriage in her seminars held in 2009.

The decision by a seven-judge panel came after an Austrian national identified as Mrs. S. held two seminars in 2009, entitled “Basic Information on Islam,” in which she defamed Prophet Muhammad’s marriage.

According to a statement released by the court on Thursday, the Vienna Regional Criminal Court in February 2011 convicted Mrs. S. for disparaging religious doctrines.

She was fined approximately $547 and the costs of the proceedings.

“Mrs. S. appealed but the Vienna Court of Appeal upheld the decision in December 2011, confirming, in essence, the lower court’s findings. A request for the renewal of the proceedings was dismissed by the Supreme Court on 11 December 2013,” it said.

On today’s ruling, the ECHR said it “found in particular that the domestic courts comprehensively assessed the wider context of the applicant’s statements and carefully balanced her right to freedom of expression with the right of others to have their religious feelings protected, and served the legitimate aim of preserving religious peace in Austria.”

The court held “that by considering the impugned statements as going beyond the permissible limits of an objective debate and classifying them as an abusive attack on the Prophet of Islam, which could stir up prejudice and put at risk religious peace, the domestic courts put forward relevant and sufficient reasons.”

The statement also added that there had been no violation of Article 10 of the European Convention of Human Rights, covering freedom of expression.

This would seem to be a practical decision by the court — after all, if Europeans were free to criticize Islam to the extent that it deserves, demented Muslims would try to burn down all of Europe in retaliation.  According to their Koran, which was originally written by jewish scribes to militarize Arabs to take over the Middle East, anyone who criticizes their pedophile-prophet must be put to death.  This is why Liberals love Islam — because they too would love to kill anyone who dares to disagree with them, and they would love to have “hate speech” laws enacted to jail anyone who criticizes their deranged agenda.

Also, anyone who has a problem with the non-White flooding of Europe needs to be silenced by the threat of prison.  Only hateful people don’t want to share whatever they have with the rest of the world.  For everyone in Europe to be “equal” and “free”, everything in Europe needs to be community property, including the women and children.  Borders and fences are “fascist” symbols of hate and “exclusion” behind which Jews are herded into gas chambers and killed for no other reason than they are Jews.  Or so the official narrative goes.