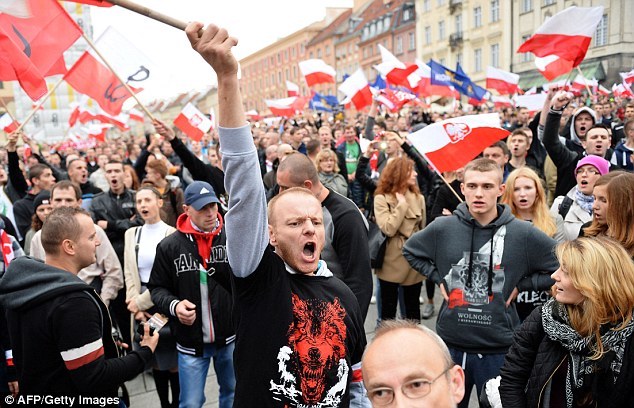 The recent informal EU summit held in Salzburg concluded that it will not use economic threats to force Poland to accept unwanted migrants:

The informal EU summit confirmed that the bloc had abandoned the forced migrant relocation scheme, which is a very positive decision, Polish Prime Minister Mateusz Morawiecki said on Thursday.

Participants of the current EU summit in the Austrian city of Salzburg confirmed that the secondary migration in the European Union posed risks to the Schengen area and called on EU member states to take measures aimed at preventing migrants from moving across the bloc.

“The decisions are very positive for Poland. They say that the reception of any refugees will be on a voluntary basis … Poland will not be forced to take part in any scheme on reception of refugees,” Morawiecki said.

The prime minister pointed out that the decision was made on the initiative of Poland and other three states of the Visegrad Group: the Czech Republic, Hungary and Slovakia.

The Visegrad states have condemned the migrant relocation scheme and refused to accept migrants and refugees, who arrived in other EU member states.

During a summit this summer, the European Council agreed on several aspects of the bloc’s migration policy, including the establishment of “regional disembarkation platforms in close cooperation with relevant third countries” and controlled centers in the EU member states to process asylum applications. The resettlement or relocation of migrants across the bloc is expected to be done on a voluntary basis amid the lack of consensus.

After England voted to leave the EU, it would be an absolute P.R. disaster for the Visegrad countries to leave the EU because of this forced sharing of the unwanted migrants — and there is no doubt that behind the scenes Poland, Hungary, and the Czech Republic called the EU’s bluff and threatened to pull out of the EU over this issue.

All of western Europe is suffering from unwanted migrant fatigue, and the EU is going to have to back off their plans to “brown” Europe all at once.  They will let Europeans readjust to this current level of “diversity”, and then in a few years hit them with another wave of Africans and Arabs to ensure that western Europe at the very least has no chance of recovering its White majority.