EU Parliament Votes to Give African Migrants ‘Reparations’ for ‘Racism’ 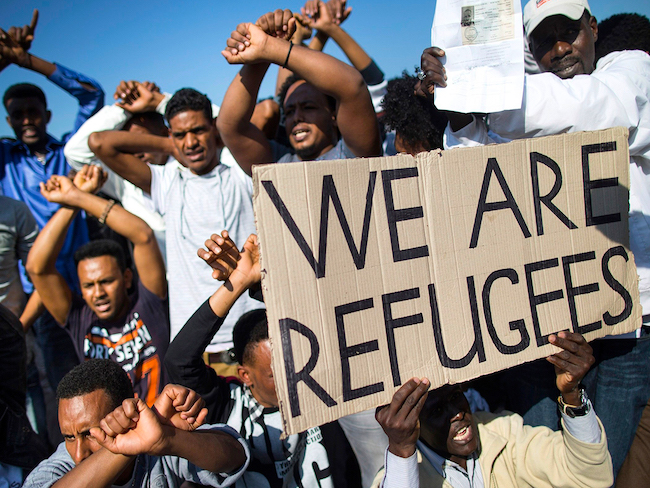 Members of the European Parliament (MEPs) are calling on the EU and its member states to take measures to tackle the structural racism people of African descent face in Europe:

In a resolution adopted on Tuesday with 535 in favour to 80 votes against, and 44 abstentions, Parliament urges EU and national authorities to develop anti-racism policies and stop discrimination; in the fields of education, housing, health, criminal justice, political participation and migration.

In light of increasing afrophobic attacks, MEPs call on the European Commission and EU member states to acknowledge the racist, discriminatory and xenophobic suffering of Afro-Europeans, and offer proper protection against these inequalities to ensure that hate crimes are suitably investigated, prosecuted and sanctioned. Additionally, people of African descent should be taken into account more in current funding programmes and in the next multiannual financial framework (2021-2027).

MEPs condemn the mistreatment of people of African descent in police custody, citing the numerous violent incidents and deaths that have occurred while in custody. They also note the frequent use of racial and ethnic profiling in criminal law enforcement, counter-terrorism measures and immigration control, and urge member states to end this practice.

The resolution encourages EU institutions and member states to address and rectify past injustices and crimes against humanity, perpetrated in the name of European colonialism. These historic crimes still have present day negative consequences for people of African descent, MEPs claim.

MEPs suggest carrying out reparations, such as apologising publicly and return stolen artifacts to their countries of origin. Parliament also calls on EU countries to declassify their colonial archives, as well as to present a comprehensive perspective on colonialism and slavery in the educational curricula.

Evidence suggests that Afro-European children receive lower grades at school than their white counterparts, and their rate of early school leaving is markedly higher.

If anything, all African migrants should pay the European people ‘reparations’ to reimburse them for the billions of dollars in aid that they have given them over the last 400 years.  So-called ‘colonialism’ brought civilization to Africa, which before then, had no written language, no woven cloth, and no sustainable agriculture.  Cannibalism was rampant, and people were used as money, a means of exchange.  Life expectancy was miserably short with no hospitals, no schools, no functioning governments.  All of these signs of civilization were given to the Africans without charge, and now it’s time to pay up.

What have Africans done with all that help and aid from White people?  They complain that they don’t have more, and then blame the White man for failing to take advantage of all the gifts bestowed upon them.  And now tens of millions of Africans want to leave Africa and move to “racist” White lands where the White man can continue to take care of them with institutional welfare.  Africans become shiftless, lazy, dishonest and violent in White lands, and then blame Whites for their antisocial behavior.  This is why they “deserve” reparations, White man.  Pay up.