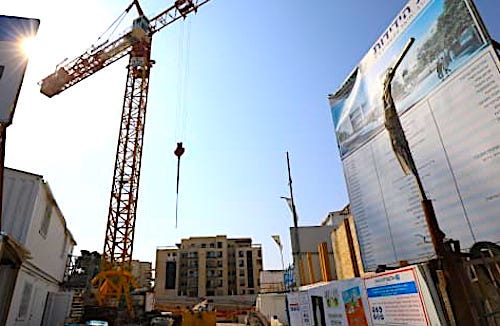 Work on the planned seven-story building in the Talpiot neighborhood, near the U.S. Embassy and with a view from its roof of the Temple Mount, already was underway following a groundbreaking ceremony last year. The building was expected to be completed in 2022.

Rabbi Yechiel Eckstein, the founder and president of the fellowship who died in February, had founded the center as a place to train visiting Christians to combat the Boycott, Divestment and Sanctions movement against Israel and to bring more Christian tourists to the country.

His daughter, Yael, who took over as president of the fellowship following her father’s death, told Haaretz that the group canceled the plans in order to focus on its core mission of helping Jews in poverty and promoting aliyah rather than getting involved in BDS and tourism.

The decision to cancel the project was approved recently by the organization’s board, Eckstein told Haaretz. She called it a hard decision since the project had been her father’s “baby.”

Eckstein said the organization had already spent $14 million on the project, but planned to recoup it through the sale of the building and the land.

We reported earlier this year that when former IFCJ head Rabbi Eckstein died, he had fleeced evangelical Christian donors for over $1 billion.  He had made it clear that he was more than willing to take this Christian money as long as they didn’t expect anything in return, and it would seem that with the canceling of this evangelical-funded building project that was to serve as a headquarters for Christian tourists that he meant what he said.

The evangelicals don’t have much to show for their tens of millions in donations.  They are lead to believe it goes to feeding elderly Jews living in poverty in places like the Ukraine.

Recently, the former CEO of the IFCJ, George Mamo, was forced to resign amid accusations and lawsuits concerning sexual harassment of female employees.  Perhaps the new building project in Jerusalem was canceled in anticipation of having to pay out millions to settle this lawsuit.  It’s only fitting that ‘well-meaning‘ evangelical dupes may have to foot the bill for Mamo’s malfeasance.

Also, the IFCJ has apparently been accused of stealing money from the credit cards of evangelical Christian donors, despite the fact that the IFCJ raises about $140 million per year courtesy of these misguided evangelicals.  That amount of money will feed a lot of elderly Jews and then some.

“The Jews were not rejecting Jesus as Messiah; it was Jesus who was refusing to be the Messiah to the Jews!”
—John Hagee, evangelical ‘Christian’ leader, in a promotional video for his book, “In Defense Of Israel” 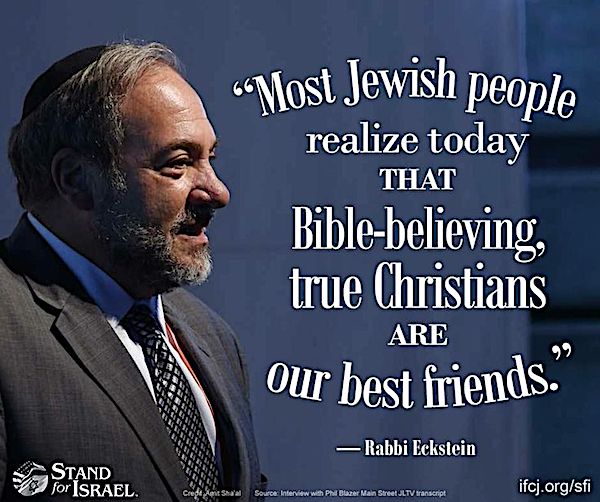