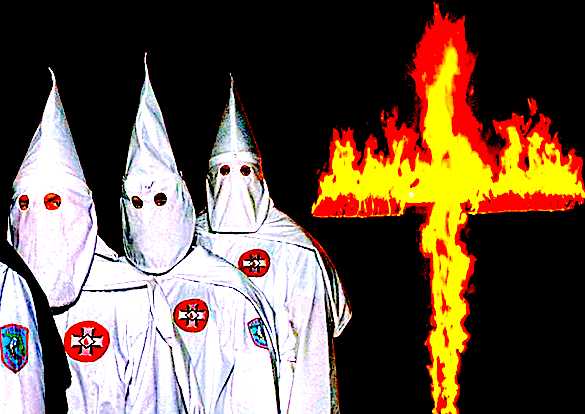 In a recent interview with the Jewish Telegraphic Agency, Abe Foxman — the former head of the Jewish supremacist organization the Anti-Defamation League of B’nai B’rith — laid the blame for the alleged increase in antisemitism worldwide on the free internet — and believes that eliminating user anonymity would go a long way in deterring anyone from expressing their true feelings about Jews in the future:

We know we can’t eliminate [antisemitism]. And so we built a firewall and all kinds of responses. That firewall is dissipating. But I still think anti-Semitism probably unifies the Jewish community more than anything else, even during this period of polarization.

…But we also live in a society today where there is very little civility. The internet destroyed privacy, and it’s on its way to destroying civility. So under those circumstances, it’s going to take a lot of work to get us together. But as I said, unfortunately or fortunately, crises do it for us…

Once we professionals dealing with the issue of anti-Semitism realized that there is no antidote, there is no vaccine, then how do you contain it?

There are a lot of elements to it. We did build a civil consensus that it’s un-American, immoral, unacceptable to be anti-Semitic. In American society, we built a system in which there were consequences. Yes, you could be an anti-Semite. But if you’re an anti-Semite, whether it’s in politics or entertainment, at the end of the day, you pay a price.

Now, a lot of that today is done. The coalitions don’t exist like they did before. There is tribalism more today than there ever was before. There is no consensus on civility anymore. We destroyed all taboos.

It used to be that you don’t say certain things. Yeah, you’re allowed to, the First Amendment lets you say anything you want. But there was a consensus on certain taboos, and those taboos are gone.

The media is no longer the element of communicating truth. There is no truth. So even those vehicles that we used to expose the lie, to educate on the truth, are gone.

For a while, at least ideologically, we thought that the establishment of Israel would do away with anti-Semitism. Ironically, Israel’s become a platform to legitimize anti-Semitism. As someone said, Israel has become the Jew amongst the nations…

I would even say that the memory of the Holocaust, which worked for so many years, is also gone. Look at the statistics of our new generations, how ignorant they are of Holocaust, of Auschwitz, of the 6 million. The idea that anti-Semitism can bring us to the Holocaust, for awhile, worked in terms of building this containment. But if you don’t know what the Holocaust is all about, so what?

…What is the most recent significant change in the world of anti-Semitism? It happened half a century ago: the Vatican’s policy on nostra aetate. Throughout history, at least in modern civilization, the greatest threat to Jewish life was the anti-Semitism spewed by Christianity coming from the deicide charge.

That, for 2,000 years, was the basis for the worst of anti-Semitism. So that was the most major change in recent times, when we were “forgiven,” I guess, or whatever. So that’s a very important positive change.

The most negative change in recent years is the advent of the internet. And ironically, one would have thought that an instrument which would help spread information, knowledge and communication would be a major tool to offset lies and hate. Unfortunately, that’s not what happened.

Before I left the ADL, we commemorated 100 years of ADL. And I was frequently asked by people, if you have to give me one thing that the ADL did to fight anti-Semitism or prejudice, what would it be?

And I remember, it’s difficult, but I said, you know, the one thing that we did that probably impacted more on hate in the United States was helping pass anti-[Ku Klux Klan] mask laws. These laws say that you cannot demonstrate with your head covered. It broke the back of the Ku Klux Klan, because it forced the bigot to take responsibility for his bigotry.

And now, the internet comes 50 years later, and it puts that hood back on the bigot. Today, you can spread bigotry, anti-Semitism and falsehoods in nanoseconds globally. And we have always been No. 1 on the hit parade of bigotry — we fit all kinds of agendas…

So there you have it — number one on Jewry’s wish list is to eliminate internet anonymity so that Jews can be free to once again economically and socially punish anyone who criticizes Jews or reveals their nation-wrecking agenda to the world.

As we’ve previously reported, the Jews want to eliminate Section 230 of the 1996 Communications Decency Act which protects Internet Service Providers from being held legally responsible for the content on websites they host — without such protections, any ISP would be flooded with frivolous lawsuits daily.

And if the Jews can’t punish the ISP’s, then they are going to pressure lawmakers to eliminate internet anonymity — Jewry wants to require everyone on the internet to have a kosher-certified “passport” with all your personal information on it — which will be “guaranteed” to be kept “private” except to everyone at the ADL and Section 8200 of the Israeli intelligence service.

That said, it’s interesting to hear Foxman all but admit that Jews have cynically pushed the Holocaust propaganda specifically to silence their “antisemitic” critics — and to hear him admit that this strategy has failed to stifle those critics.

What Foxman refuses to confront is the real reason the Holocaust “vaccine” didn’t work — it failed because too many people, thanks to the internet, found out their “vaccine” — the “Holocaust” — was a mountain of lies, which created even more skepticism toward Jewish attempts at silencing their critics.

In other words, criticism of the Jewish agenda has snowballed — as lies upon lies usually will.

Jews refuse to understand and acknowledge the age-old truism that “the truth will out” — it cannot be suppressed forever — what is hidden will eventually be revealed — this is one of the foundational truths upon which western Christian civilization is built.

For Christians, lies and hypocrisy are often shames worse than death, but to Jews they are badges of honor — there’s the rub.

They acknowledge they will never eliminate “antisemitism” — but they don’t tell you why — they can’t eliminate antisemitism because it is caused by Jews, not by “gentiles”.

And so their only recourse is to stifle the goyim — brutally repress them — silence them with their “terrible power of the purse” — exactly what you’d expect from heavy-handed thugs operating an international mafia — not the “innocent victims of irrational bigotry”.

That’s exactly what the Jewish Bolsheviks attempted to do in Russia — after making antisemitism a capital crime — they murdered 60 million Christians to stifle any opposition — they realized that if they couldn’t change people’s hearts, they could just put a bullet in them.